India   All India  31 Dec 2018  Cold Delhi needs to warm up its heart for the homeless
India, All India

Cold Delhi needs to warm up its heart for the homeless

When the poor and needy realise that there is better institutional support via these NGOs and committees, it will lead to a ripple effect. 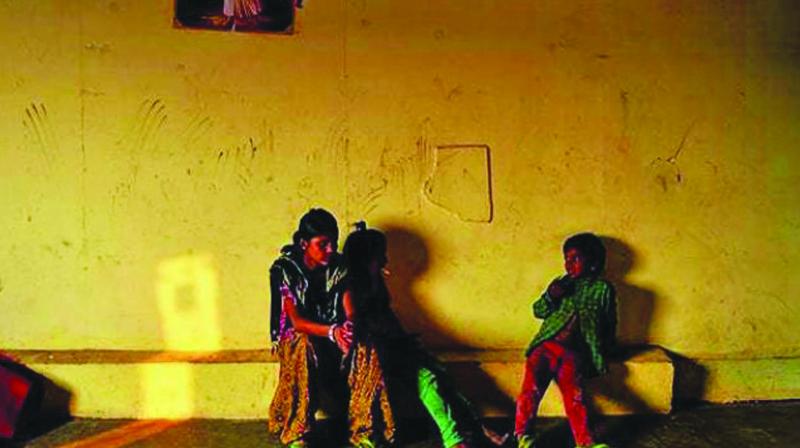 A night shelter in Delhi

The capital was not quite prepared for the pre-Christmas cold that hit the city. On the morning of December 23, Delhi recorded its lowest morning temperatures, at 3.7 degrees Celsius — the coldest its been in four years! Caught off guard, we were not quite ready for the chill that hit the city along with the noxious accompaniment of pollution. Many of the city’s homeless were left scrambling for shelters, which despite our new year resolutions, seem to fall short every year, and many are left out on the street to deal with the cold wave. I say this even though the Delhi Government under the supervision of the Supreme Court has developed an organised system of night shelters over the last five years. This action has come because of the deaths of around 164 people due to the extreme cold conditions in 2015-16. These deaths of the homeless, who form an important work-force in the city as mostly casual and contract labour, acted as a wake-up call for the Delhi government which took it upon themselves to improve the night shelter scheme. However much still remains to be done.

NUMBER OF POOR OUTNUMBER THE SHELTERS
According to a survey done by the Delhi Urban Shelter Improvement Board (DUSIB) in 2014, the national capital has around 16,000 homeless people, but activists who are working in the field say that the figures are at least a lakh more than the official figures. Given this scenario, the paltry number of permanent structures organised to house the poor and homeless is a paltry number (an estimated 83 solid shelters exist). The rest are tents and makeshift portable cabins that hardly keep out the biting cold. Add to that the fact that many of the poor don’t even have proper woollens or blankets and are forced to burn harmful waste substances to create fires around which they huddle for comfort.

Understandably, the shelters have strict rules in place in order to ensure the safety of families comprising of women and small children.

Those using alcohol and drugs are not allowed into the shelter and since many of them are repeat users, they prefer to sleep out in the cold than give up their habit.

In other instances it is the lure of begging that keeps them on the street. They are under the mistaken belief that if they are out in the cold they will benefit from alms in the shape of blankets and warm clothes that passers by may donate. We can quite simply see that there are multiple problems at work here and though the solutions are staring us in the face, it may be difficult to implicate them, given the volume of the homeless population and the poor healthcare at our disposal.

Making the effort
One of the first steps is to discourage begging amongst the poor and homeless, for though it provides us with a warm glow to roll down our windows and give them a few coins or in some instances a packet of biscuits, it in fact reinforces the habit of begging and prevents their reformation and gainful employment. Very often one would see that those begging are children and as we know they are the last to benefit from their spoils at begging, since it is all managed by a mafia and ultimately the children are kept poor, maimed, uneducated and even under the influence of drugs because it serves the purpose of the begging mafia. One has even heard of stories of children running away from homes to go back to begging because that is the life they have been inducted into. However, if we stop by simply not encouraging children to beg, then there would be a correction in the system. Children who have been institutionalised into begging and reformed drug addicts should be encouraged to stay in reform centres and shelter homes and hence they would not be subject to face the cold winds on the street in the cold winters.

Organising distribution drives
While this may sound like a lot of work, an organised distribution drive for warm clothes and blankets is not unachievable. Each of the local committees in a society, mohalla committees or panchayats should come together and announce a collection drive of old woolen clothes that would otherwise just lie in a trunk unused. Janpath and Sarojini market are good places for affordable shopping, but good work is also done by mycity4kids, which provides one with a list of places where you can donate your pre-owned or new warm stuff and help someone survive. Wendy’s, the Robinhood Army, a volunteer-based organisation, Goonj an NGO that has been doing warm clothes distribution drives since the last ten years and the Uday Foundation are some places where you can make sure that your donated warm clothes reaches the right people. All these organisations provide warm clothes and blankets to everyone, though kids and older people need it most as they are more susceptible to illnesses during the winter months.

Ripple effect
When the poor and needy realise that there is better institutional support via these NGOs and committees, it will lead to a ripple effect and there will automatically be a reduction in begging and sleeping out in the cold to gain people’s sympathy. We as a society of haves need to encourage and enforce dignified living for the have nots, the poor and the homeless, especially during these winter months when they are left out in the open dealing with the twin nemesis of cold and pollution. Make a difference this year and donate your winter clothes and don’t give in to the sight of the little child standing by the wayside with a runny nose and no clothes. Say no to begging and yes to a dignified existence for the homeless. It lies with the citizens of this city as much as it does with the government to ensure that this winter, with the temperatures hitting an all-time low, we provide that much needed warmth.