Sending feelers to Nitin Patel, Hardik Patel on Saturday said he would talk to the Congress to give the former respect he deserved. 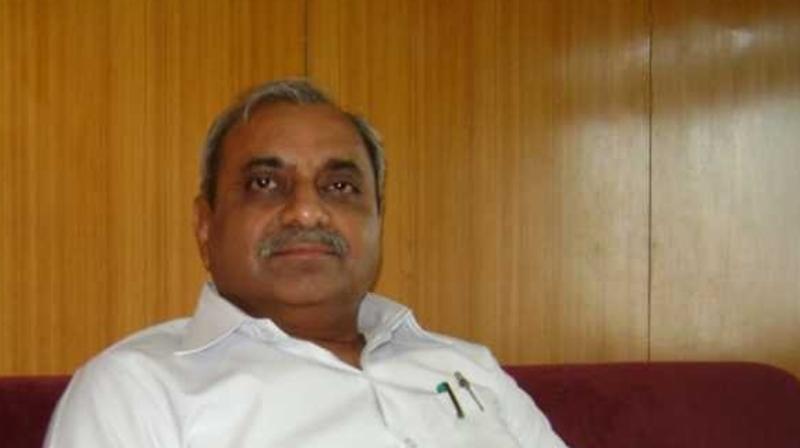 However, Nitin Patel didn't disclose whether he would be getting Finance or Urban Development departments which he held in the previous government. (Photo: ANI)

Ahmedabad: A brewing crisis in the Gujarat government seems to have blown over after BJP president Amit Shah on Sunday reached out to sulking deputy Chief Minister Nitin Patel, who had delayed taking charge over not getting portfolios of his choice in the new Cabinet.

Patel agreed to take charge on Sunday after Shah called him up this morning and assured him that he will be given a portfolio fitting his "stature" as “number two” in the government.

"BJP President Amit Shah today called up early morning and assured me that I will be given a portfolio which is fit for my stature as number two in the Cabinet and as the deputy chief minister," Patel said in Ahmedabad.

However, Patel didn't disclose whether he would be getting Finance or Urban Development departments which he held in the previous government.

"Shah asked me to take charge of my departments, so I will take the charge today. Chief minister Vijay Rupani will meet state Governor O P Kohli in afternoon and give a letter allocating a new department to me," Patel said.

Patel, who handled important departments such as finance and urban development in the previous government, was allotted road and building, health, medical education, Narmada, Kalpsar and capital projects this time.

The finance portfolio has been alloted to Saurabh Patel, while chief minister Rupani has kept the urban development department with himself.

However, Patel has maintained that the issue was not about some departments, but about "self-respect". "I had conveyed to party high command to either give me respectable departments or relieve me from Cabinet," he said on Sunday.

Patel said he had been serving the party like a "loyal and disciplined" soldier. While announcing the portfolios two days back, Rupani had said, "It is not true that the minister, who has the finance portfolio, is the number two in the cabinet. Nitin Patel is our senior leader and will remain the number two."

Sending feelers to the deputy CM, Patidar quota leader Hardik Patel on Saturday said he would extend support to Patel and talk to the Congress to give him the respect he deserved.

"If Patel decided to quit the BJP and said 10 other MLAs were ready to quit with him, We will talk to the Congress to take in Nitin bhai and give him a post he deserves," the Patidar leader had said.

Senior Congress MLA Virji Thummar on Saturday said Patel would be made the chief minister with the Congress' support if he quits the BJP.

The opposition party, however, clarified that Thummar was speaking in his personal capacity and described the row over portfolio distribution as the BJP's "internal matter.”

The BJP and Congress hold 99 and 77 seats, respectively, in the 182-member House.