Addressing the nation through 39th edition of 'Mann ki Baat', the PM said around 1,300 women applied for Haj without a male guardian. 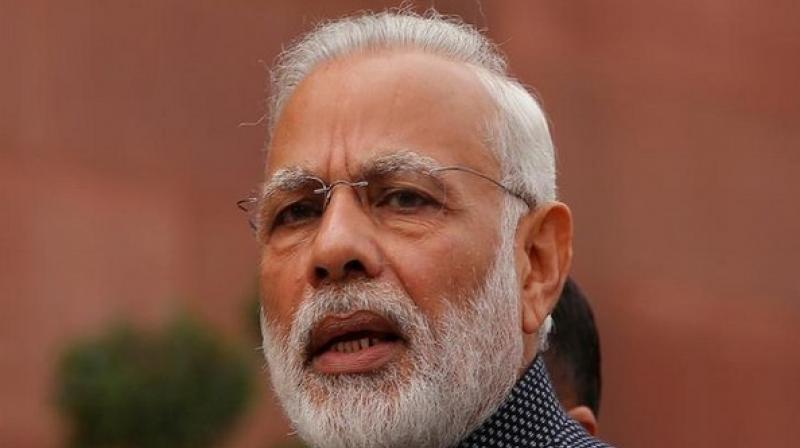 'Usually, there is a lottery system for the selection of Haj pilgrims. However, I would like to suggest that single women pilgrims be excluded from this system,' Modi further added. (Photo: ANI)

New Delhi: Prime Minister Narendra Modi on Sunday said the "discriminatory" practice of Muslim women being barred from observing Haj without a 'Mehram' or male guardian has been abolished.

Addressing the nation through the 39th edition of his 'Mann ki Baat' radio programme, Modi said around 1,300 women have applied to go for Haj without a male guardian.

"It had come to our notice that if a Muslim woman wants to go for Haj, she must have a 'Mehram' or a male guardian, otherwise she cannot travel. This is a discriminatory practice, and hence we have changed this rule," he said.

"Usually, there is a lottery system for the selection of Haj pilgrims. However, I would like to suggest that single women pilgrims be excluded from this system," he said.

Earlier, Modi, while delivering the inaugural address for the 85th Sivagiri Pilgrimage Celebrations at Sivagiri Mutt in Kerala's Varkala lauded the passing of the triple talaq bill in Lok Sabha as a sign of Muslim women being granted freedom after years of suffering.