In the previous government, Nitin Patel handled portfolios like finance and urban development. 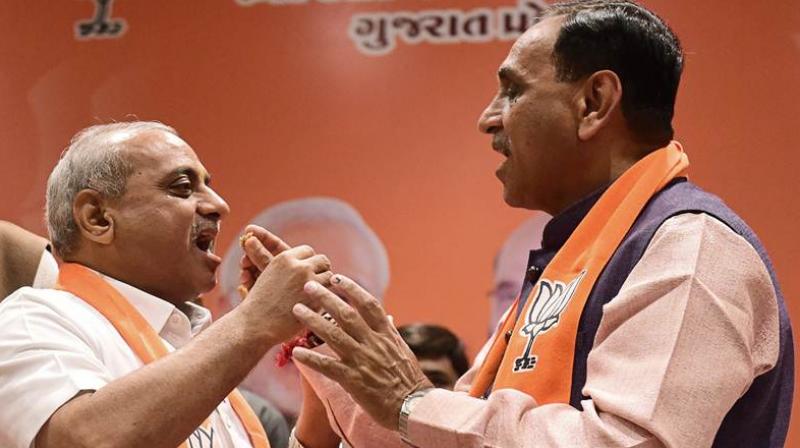 The deputy chief minister was reportedly said to be miffed after finance, urban development and petroleum portfolios were taken from him. (Photo: PTI)

Gandhinagar: Gujarat Deputy Chief Minister Nitin Patel, who was earlier reportedly upset over the allocation of portfolios in the newly-inducted state Cabinet, was given the finance ministry portfolio on Sunday.

In the previous government, Nitin Patel handled portfolios like finance and urban development, but in the current Cabinet, he was allotted charge of departments like road and building and health.

Earlier on Sunday, Patel announced he would take charge of the ministries allotted to him, putting an end to rumours that spoke of a growing divide in the Gujarat Cabinet, headed by Chief Minister Vijay Rupani.

Speaking at a press conference here, Patel said, "I will go to the Secretariat and take charge of the ministries today. I have been assured that I will be given suitable departments. I also talked to Bharatiya Janata Party (BJP) Chief Amit Shah over the phone and I thank him for the assurance."

The deputy chief minister was reportedly said to be miffed after finance, urban development and petroleum portfolios were taken from him. The cracks in the new government were visible when Nitin Patel did not assume office in the Sachivalaya in Gandhinagar on Friday even as many ministers took charge.

Following this, Patidar leader Hardik Patel on Saturday said the deputy chief minister should join the Congress party, if he can manage to bring along 10 BJP MLAs.