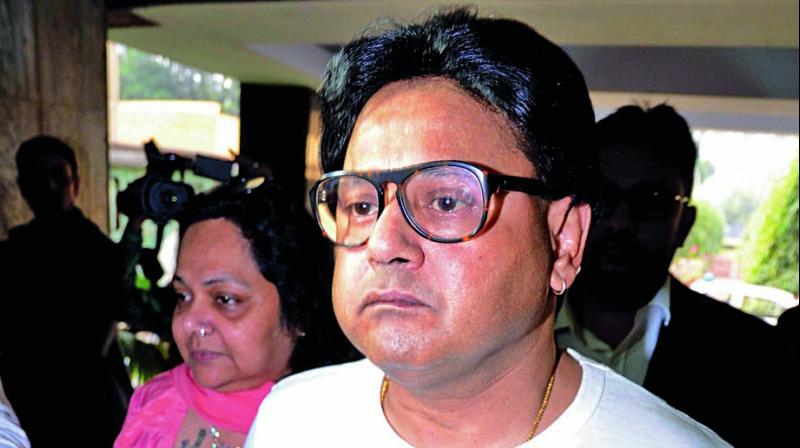 Kolkata: In a major blow to chief minister Mamata Banerjee, the CBI arrested another Trinamul Congress MP Tapas Pal in connection with the Rose Valley chit fund scam on Friday. This is the first time that a TMC Lok Sabha member has been arrested in any of the chit fund scams under its probe.

Ms Banerjee described Mr Pal’s arrest as “another instance of the Bharatiya Janata Party government’s vendetta politics.” Three days ago, Mr Pal was summoned by the CBI to appear at its special crime branch office at the CGO Complex, Salt Lake, for questioning.

In March 2015, the Central Bureau of Investigation (CBI) had raided his residence in south Kolkata and seized some incriminating documents. Around 12pm, the two-time MP from Krishannagar in Nadia appeared before the agency’s special investigation team (SIT). He was accompanied by his wife Nandini and lawyers.

The SIT officers, led by a deputy inspector general of police, reportedly asked him about his association with Rose Valley Group, and its owner, Goutam Kundu, who was earlier arrested by the Enforcement Dirctorate (ED) and is in the judicial custody since then.

The SIT also asked him why and how many times he took money from the group, said sources, adding that during the probe, the CBI found that Mr Pal served as a director of the film division of the Rose Valley Group for six months between 2011 and 2012 and that he took hefty amounts of money in cash from the firm.

“The CBI also wanted to know why he did not mention the name of Rose Valley Group among the firms engaged in chit fund business in West Bengal in his letter of complaint to the Reserve Bank of India and Securities and Exchange Board of India in 2010,” said soures.

Mr Pal, however, said he didn’t take any money from the Rose Valley group, but sources said he failed to give satisfactory answers to the CBI during two rounds of questionning that lasted for around four hours. “Several inconsistencies were also found in his statements,” said sources, adding that the SIT officers then showed him the evidence of him receiving money from the Rose Valley group, sources revealed.

On Saturday, Mr Paul will be produced at the Bhubaneswar court. The CBI will seek his remand for his custodial interrogation.