The protests would be conducted in three phases spanning through the month of January 2017. 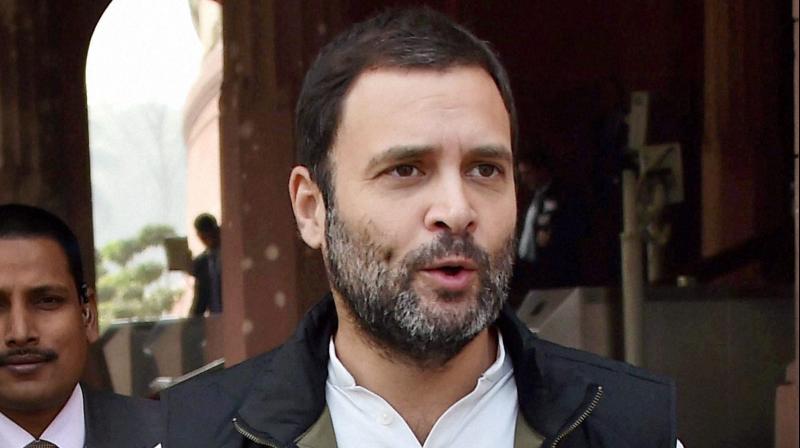 New Delhi: Even as the Congress announced nation-wide agitation against the Centre’s move to demonetise Rs 500 and Rs 1000 notes, Congress Vice-President Rahul Gandhi on Saturday took a flight to London to celebrate the New Year.

"Will be travelling for next few days. Happy New Year, wishing you and your loved ones success and happiness in this coming year," Gandhi said in a tweet.

Rahul had earlier targeted Prime Minister Narendra Modi after the latter's 50 days deadline for normalcy to return post-demonetisation came to an end on Friday. The Congress leader posed five questions to Modi, including the details of the amount of black money recovered since notes ban and the number of jobs lost due to the dramatic move.

Meanwhile, the Congress has announced a nation-wide movement to expose demonetisation as the ‘biggest scam’ of independent India. Speaking to reporters, party spokesperson Randeep Surjewala said that Modi has taken away jobs from labourers and many people have lost their lives in the last 50 days. He said the movement would be launched in three phases.