India   All India  31 Dec 2016  Now, medicos will have to clear exit exam for Doctor tag
India, All India

Now, medicos will have to clear exit exam for Doctor tag

Union health ministry officials believe that the move will standardise the medical education in India. 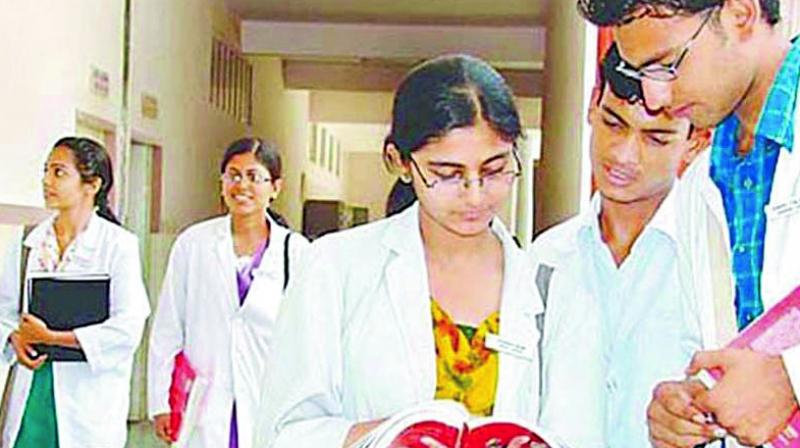 Once introduced, the exam will also reduce the burden of multiple exams for medical aspirants.

New Delhi: Soon medical graduates will have to clear a national level “exit test” (NEXT) to practise medicine in India. The uniform National Exit Test (NEXT) as proposed by the government will be the first-ever four-in-one test that will be conducted for MBBS graduates, foreign medical graduates, PG aspirants, the UPSC-CMS (combined medical services) aspirants so as to become eligible to practise medicine in India.

The exam will substitute the existing All-India PG entrance test conducted annually, the UPSC-CMS exam which is conducted to recruit medical graduates into a variety of Central government organisations and the foreign graduate medical exam, mandatory for foreign medical graduates to practise in India.

Union health ministry officials believe that the move will standardise the medical education in India. It gains significance as earlier the parliamentary standing committee in its report had said there was an urgent need to introduce a common exit test for doctors, which would go a long way in standardising the passing out medical graduates and certify the competencies which are expected to be generated out of them.

Once introduced, the exam will also reduce the burden of multiple exams for medical aspirants. “The idea is to do away with multiple exams held for those wanting to practise medicine in India. This is set to reduce the burden on medical students,” said a senior official in the ministry. To introduce the new exam from next academic session, the Union health ministry has proposed amendments to the Indian Medical Council (Amendment) Bill 2016 and has put it on their website, inviting suggestions by January 6, 2017.

Significantly, the exit exam proposed from the 2017-18 academic session will also make it mandatory for the medical graduates to attain minimum prescribed percentiles to be able to practise medicine in India. “The minimum criteria will be fixed after receiving suggestions by all concerned. The exam will serve as a licensing exam mandatory to be qualified to practise in India.