Lt Gen Bakshi, the senior-most officer in the Army, recently went on leave after he was superseded by his junior Lt Gen Rawat. 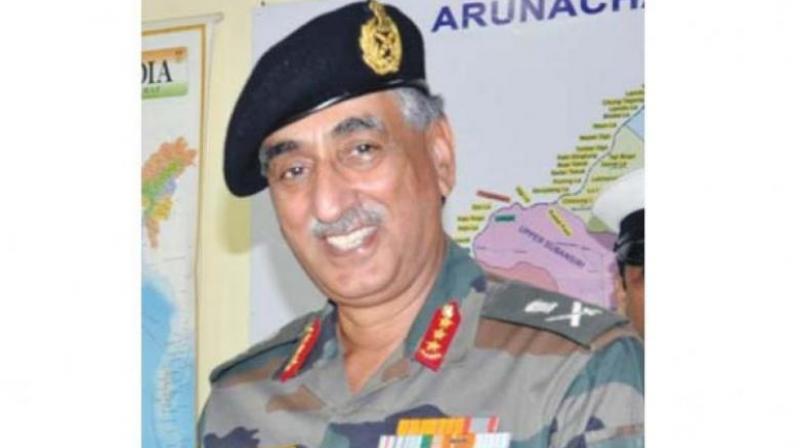 Kolkata: Putting all speculation of his premature retirement to rest, Eastern Army Commander Lt General Praveen Bakshi, who has been superseded by General Bipin Rawat to become the Army Chief, said on Saturday that he will not resign from his post.

He also announced that he would extend his full support to the new Army Chief. Lt Gen Bakshi, the senior-most officer in the Army, recently went on leave after he was superseded by his junior Gen Rawat. This sparked strong speculation that Lt Gen might take premature retirement.

Lt Gen Bakshi, however, came to Fort William, headquarters of Eastern Command, on Saturday and addressed a conference of senior officers in the morning. He also held a video conference with the officers who were not present at the meeting.

CPRO Eastern Command Wing Commander S. S. Birdi said in a statement, "Lt Gen Praveen Bakshi today greeted all ranks of Army's Eastern Command on the eve of the New Year. Speaking to Officers on the occasion, he also put to rest all speculation about his resignation by stating that he would continue to lead Eastern Command with full professional sincerity as hither-to-fore."

In his address, Lt Gen Bakshi said, “I convey my best wishes and full support of Eastern Command to Gen Bipin Rawat on having taken over as the Chief of Army Staff.”

Lt Gen Bakshi also requested that speculations and trolling in media and social media should stop and everyone should focus on contributing their best to the betterment of the Army and the Nation, Wing Commander Birdi added.

According to sources, the Eastern Army Commander would, however, continue to remain on leave for the next few days.