Police admitted that security has been breached and said thick fog must have helped them in escaping. 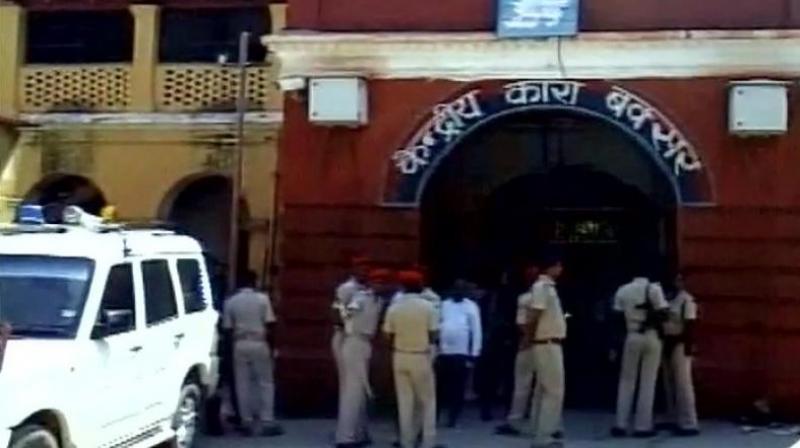 The higher authority has been informed about the incident and massive search operation has been initiated. (Photo: ANI/Twitter)

District Magistrate Raman Kumar said today that the jailbreak took place between 12 midnight and 3 AM.

Iron road, pipe and 'dhoti' have been found at the spot from where the prisoners scaled the wall, he said.

The DM said that after probing the incident, responsibility would be fixed on the erring jail officials for the jail break.

The SP admitted that security has been breached and said thick fog must have helped them in escaping.