She would be laid to rest on Sunday at the cemetery attached to ancient synagogue in Mattancherry. 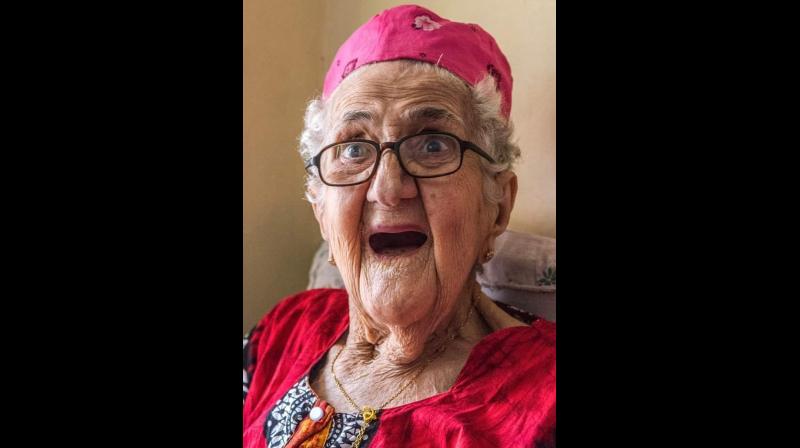 She was fondly known as 'Sarah aunty' and would not hesitate to talk about her culture and tradition to tourists. (Photo: Twitter | @ArunSidarth19)

She was also one of the last remaining Jewish persons living in Mattancherry, The News Minute reported.

She died on Friday. Cohen was 96, her caretaker said. She would be laid to rest on Sunday at the cemetery attached to ancient synagogue in Mattancherry.

She had been staying alone at her home on the famous jew street since the demise of her husband Jacob Cohen, who passed away 21 years ago. They had no children.

She ran a small embroidery shop next to Paradesi Synagogue at the Jew Town street, The Week reported.

The Hindu reported, Yaakov Finkelstein, Cohen’s grandnephew and Consul General of Israel in Mumbai, saying, "She was a Paradesi Jewish celeb in her own sweet way. She was friendly and outgoing and liked to talk to people who visited, no matter how tired she might have been. Nearly everybody who visited the synagogue would stop to chat with her,”

Her relatives had gone back to Israel. She, however, preferred to stay back in Kochi.

She was fondly known as 'Sarah aunty' and would not hesitate to talk about her culture and tradition to tourists.

Sarah's life attracted a lot of documentary makers and writers.

After the birth of the nation of Israel in 1948, the number of Jews in Kochi dwindled, due to their massive migration to Israel.