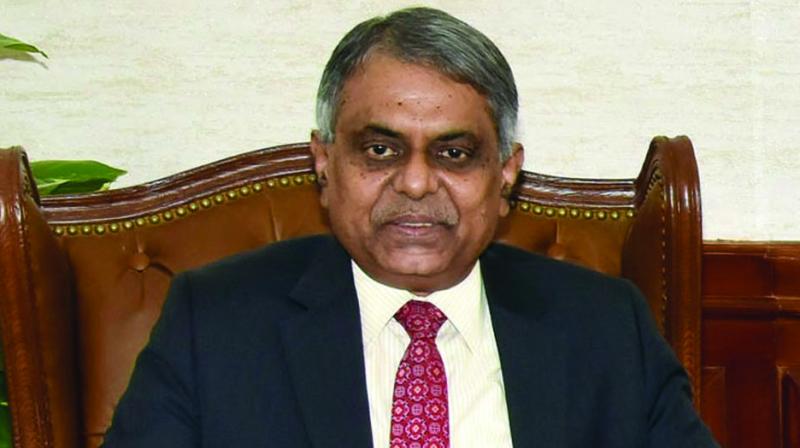 New Delhi: In what could be a precursor to a mini-reshuffle in the Prime Minister’s Office shortly, Mr Narendra Modi’s principal secretary Nripendra Misra on Friday decided to step down from his post, which he had been holding since May 2014 and to which he was reappointed two months back, on June 11, along with Mr P.K. Mishra, the additional principal secretary to the Prime Minister.

Official sources said the Prime Minister has requested Mr Misra, a retired 1967-batch IAS officer of the Uttar Pradesh cadre, to stay on for two weeks more, while Mr P.K. Sinha was almost immediately appointed as officer on special duty (OSD) in the PMO.

This is a clear indication that Mr Sinha will succeed Mr Nripendra Misra as principal secretary in the PMO. Mr Sinha is a 1977-batch Uttar Pradesh cadre (now retired) IAS officer.

Though Mr Misra was quoted as having “expressed his intention to be relieved of his assignment”, an interesting fact is that he is already 74 years old. It must be recalled that Mr Modi had said after assuming office in 2014 that leaders above 75 should not hold any administrative post at the state or the Central level.

Subsequently, several politicians like then Gujarat CM Anandiben Patel, Union ministers Najma Heptullah and later Kalraj Mishra too stepped down from their posts.

While this dictum doesn’t apply to officials, it would be interesting to look at the position of Mr P.K. Mishra, a 1972-batch Gujarat cadre retired IAS officer, who is now additional principal secretary in the PMO. He is now 71.

There are whispers in bureaucratic corridors that another retired bureaucrat, who holds a key post and is regarded as close to the PM, may soon be brought in to the PMO.

Describing Mr Misra as one of the most outstanding officers, Mr Modi said: “When I was new to Delhi in 2014, he taught me a lot and his guidance remains extremely valuable.” Conveying his best wishes to the 74-year-old retired bureaucrat for the “new phase” of his life, Mr Modi said: “After serving the PMO assiduously and diligently for over five years and making an indelible contribution to India’s growth trajectory, Shri Nripendra Misra Ji will be embarking on a new phase of his life. My best wishes to him for his future endeavours.”

In a statement, Mr Misra said it has been a privilege for him to serve the country under Mr Modi. “I am deeply grateful to him for this opportunity and the complete confidence he has placed in me,” he said.