Pangolins are often referred to as the world's most trafficked mammal. 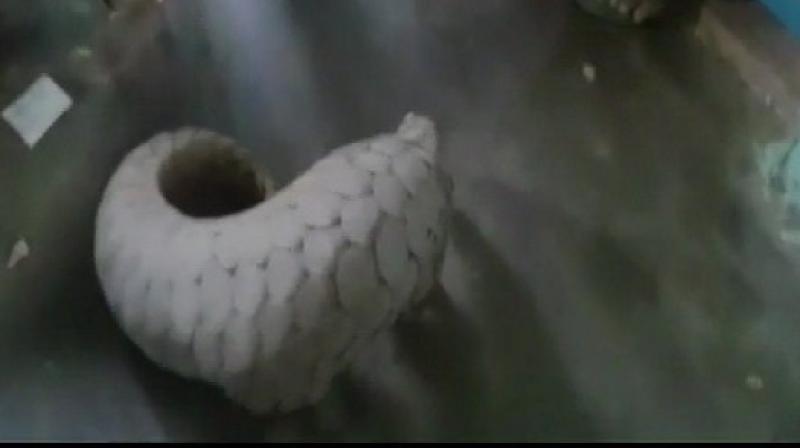 The mammal was rescued on Friday from the house in Badamba Range of Athagarh Forest Division in Cuttack. (Photo: ANI)

Cuttack: An Indian Pangolin was rescued from a house by the forest officials at Kharod village near Talachandragiri Reserve forest in Odisha.

The mammal was rescued on Friday from the house in Badamba Range of Athagarh Forest Division in Cuttack.

Pangolins are often referred to as the world's most trafficked mammal.

Pangolin scales are made of keratin - the material found in human fingernails and hair - and they have no proven medicinal value. Pangolin meat is considered a delicacy in some countries, and the scales are used as decorations for rituals and jewellery. They are considered to be at high risk of extinction, primarily as a result of illegal poaching.