When the police heard about the incident, they stopped the couple from selling their child and assured them full financial support. 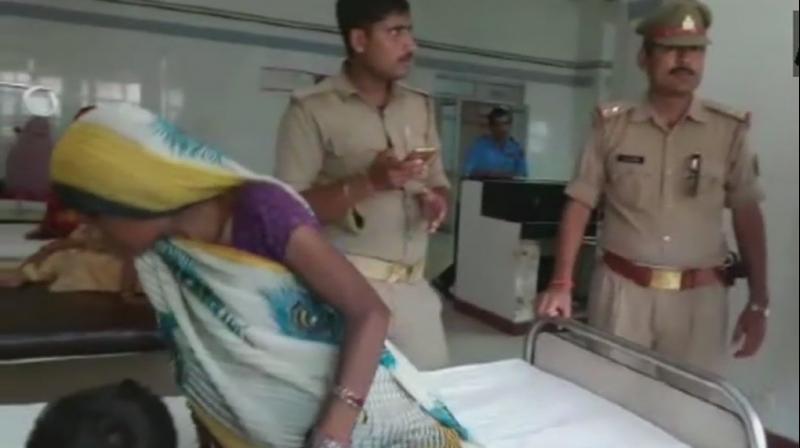 'It's not easy to sell a child, but we had no other option. We had already visited a few hospitals for treatment,' the mother said. (Photo: Twitter | @ANINewsUP)

Kannauj (Uttar Pradesh): A man was trying to sell his four-year-old daughter to get his pregnant wife treated when the Uttar Pradesh police intervened and stopped him.

Arvind Banjara, a resident of Kannauj, had admitted his seven-month pregnant wife Sukhdevi in District Hospital when she developed complications. The doctors asked him to arrange blood for her treatment, but since he had no money, he tried to sell his child for Rs 25,000.

The couple has a four-year-old girl Roshni and a one-year-old son Jaanu.

"In the district hospital, we were told to get blood for her. They told me that she will not survive if blood is not arranged for her. I didn't have money, so I had no other option, but to sell my child," Banjara told news agency ANI.

"It's not easy to sell a child, but we had no other option. We had already visited a few hospitals for treatment," said Sukhdevi.

When the police heard about this, they stopped the couple from selling their child and assured them full financial support.

"We got to know from people that there is a couple who is in need of money for treatment and is very disturbed. We also heard that they were trying to sell their child. When we found out that the woman is suffering from bleeding and needs help, the Tirwa police station decided to provide full finance aid to the family," Officer in Tirwa police station, Amod Kumar Singh, said.

"We will take care of the whole treatment process. Besides money, we will also provide blood to her if needed," he added.