The police raided the illegal rehabilitation centre in Ludhiana after receiving complaints that addicts were allegedly being ill-treated. 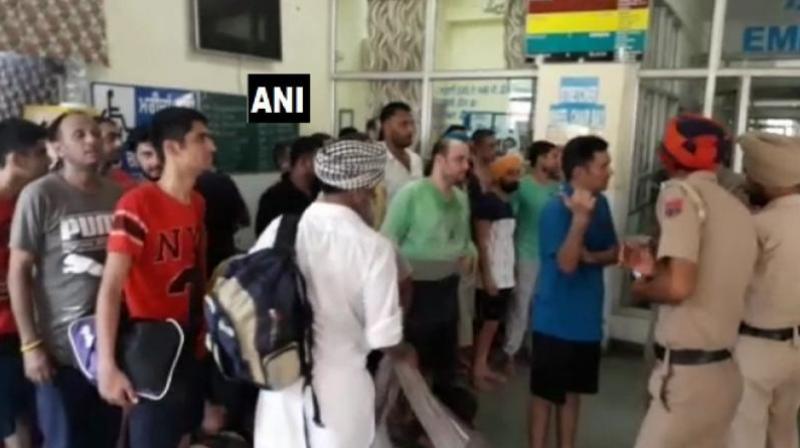 Soon after the rescue, the patients were brought to the civil hospital in the city. (Photo: ANI/Twitter)

Ludhiana: The Punjab police on Thursday rescued 42 people - suffering from drug addiction - from Disha Rehabilitation Centre in Ludhiana after receiving complaints that they were allegedly being ill-treated at the institution.

The rehabilitation centre is unregistered. Soon after the rescue, the patients were brought to the civil hospital in the city.

"The centre was working illegally. The police have brought 42 people to the hospital. We will now do MLR, medical, blood and other tests of these people. The motive of rehabilitation centre is to help these people lead a normal lifestyle so that they never think about drugs again," said a doctor from the hospital.

On August 20, the Chief Ministers of the Northern States unanimously decided to set up a common secretariat in Panchkula to tackle the issue of drug menace in their respective states.