Mohammad Shahabuddin had challenged the sentence that was awarded by the Siwan District Court on December 11, 2015. 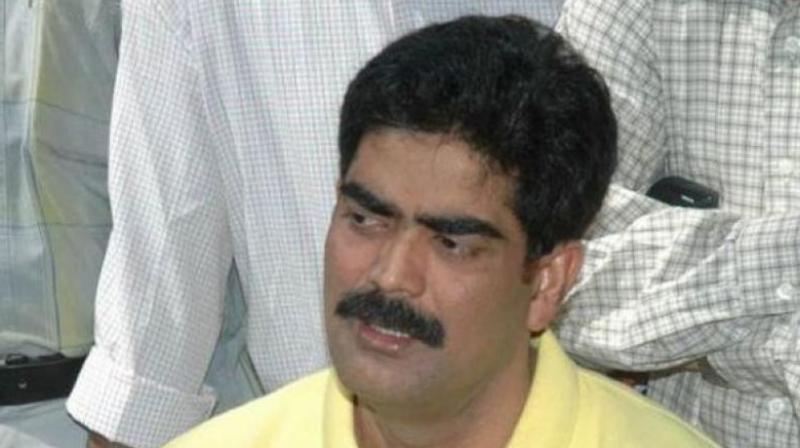 Patna: The Patna high court on Wednesday upheld the life imprisonment awarded to former RJD MP Mohammad Shahabuddin and three others in the 2004 acid attack case.

A three-judge bench of the high court rejected the petition challenging the trial court’s judgment filed by Mohammad Shahabuddin.  The bench said, “The court finds no merit to interfere in the conviction awarded by the trial court”.

Mohammad Shahabuddin had challenged the sentence that was awarded by the Siwan District Court on December 11, 2015.

The trial court in its verdict had pronounced Shahabuddin and his three men — Rajkumar Sah, Sheikh Aslam and Arif Hussain guilty under sections 302 (murder), 364 A (Kidnapping),  201 (providing false details regarding the case) and 120 B (Criminal conspiracy) of the IPC.

Lawyers representing Shahabuddin had pleaded that the trial court’s verdict be quashed as his name was not figured in the initial FIR.

Sources said that Shahabuddin’s lawyers are now planning to move Supreme Court for relief in the case.

The incident had occurred on August 16, 2004, when three sons of a local businessman Chandkeshwar Prasad were picked up from their house and taken to Pratappur, the native village of Shahabuddin where the crime was committed. Rajiv Roshan, the third brother somehow managed to escape from the scene of occurrence but was later killed on June 16, 2014 — three days before he was to appear in the court as a witness.

Shahabuddin who was earlier declared Type A history sheeter by the state police has around 39 criminal cases pending against him. Besides being convicted of murdering two brothers in 2004 Mohammad Shahabuddin has been held guilty in eight other cases.

Sources said, until November 2014, he had around 38 criminal cases pending before magistrate and sessions court in Siwan. Shahabuddin who is currently lodged in Tihar jail is also facing trial in connection with the murder of senior the journalist Rajdeo Ranjan.