India   All India  31 Jul 2020  India: Disengagement with China not done yet
India, All India

India: Disengagement with China not done yet 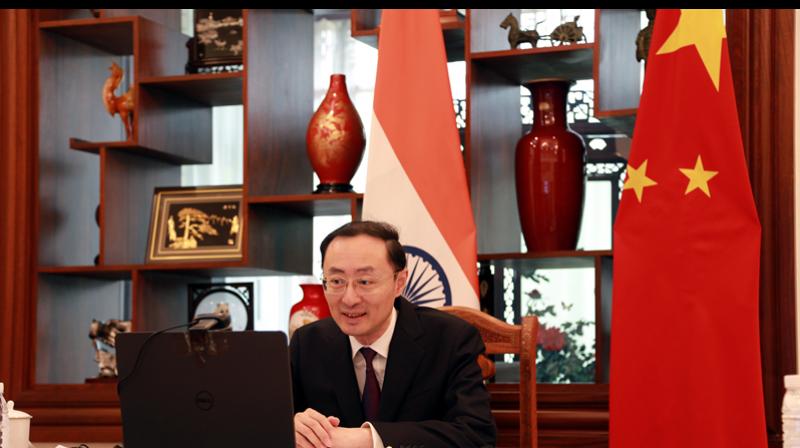 China's ambassador to India Sun Weidong said disengagement of troops on the Line of Actual Control in Ladakh has been completed. (File photo: Twitter/Sun Weidong)

New Delhi: In a clear contradiction of Chinese claims, India has said military disengagement with Chinese troops on the Line of Actual Control (LAC) in the Ladakh sector has not yet been completed.

This runs against Chinese ambassador Sun Weidong’s claim that disengagement has been completed in most areas. He made that claim during a virtual address organised by a think tank in New Delhi.

Sun compared India-China ties to “exquisitely crafted glass” that could be broken by “recklessness within seconds”.

In what is also being seen as a warning against action by India against Chinese companies, the Chinese envoy said both economies are “highly complementary, interwoven and interdependent”, adding that “forced decoupling is against the trend and will lead to a lose-lose outcome” for both sides.

The Chinese ambassador also laid the blame on India for the “unfortunate” Galwan Valley clash in mid-June. He said Indian troops attacked Chinese troops first but added that neither side wanted to see such an incident.

Totally at odds with India’s stated position relating to that deadly clash in which 20 Indian soldiers were killed, the Chinese envoy claimed that Indian troops had agreed -- on June 6, nine prior to the clash -- to withdraw to the “Indian side” of the LAC and dismantle infrastructure.

Denying that China was expansionist, Sun—in a clear reference to New Delhi—said “new disputes” could arise if one side tries to unilaterally decide the alignment of the LAC. He also reiterated that his country was not a strategic threat to India.

In a statement released on Thursday evening, New Delhi said, “There has been some progress made towards this objective (de-escalation) but the disengagement process has as yet not been completed.  The senior commanders of the two sides will be meeting in the near future to work out steps in this regard. ... we expect that the Chinese side will sincerely work with us for complete disengagement and de-escalation and full restoration of peace and tranquility in the border areas at the earliest ... .”

Just a short while before that, the Chinese ambassador had indicated that “the border troops have disengaged in most localities. The temperature is coming down.” This was said while delivering a special lecture on the subject ‘India-China Relations: The Way Forward” organised by former Indian ambassador to China Ashok Kantha at the Institute of Chinese Studies (ICS) in New Delhi.