The game available on both Android and iOS, aims to engage audience above the age of 14. 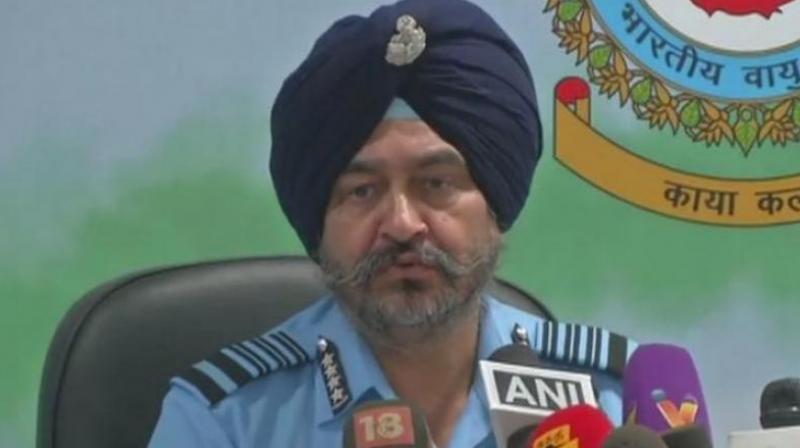 "The game, 'Indian Air Force: A Cut Above', will let the Indian youth know more about the IAF, and motivate them to take it up as a challenging and exhilarating career option", Air Chief Marshal BS Dhanoa said. (Photo: File)

New Delhi: A new mobile video game, themed on various aerial combats and missions, including airstrikes, undertaken by the IAF was on Wednesday launched by Air Chief Marshal BS Dhanoa, seeking to give the youth a "realistic feel of the Air Force".

The game, 'Indian Air Force: A Cut Above', will let the Indian youth know more about the IAF, and motivate them to take it up as a challenging and exhilarating career option, he said.

The game, available on both Android and iOS, aims to engage audience above the age of 14, a senior IAF officer said.

Dhanoa launched the 3D game, which has elements of augmented reality, at the the National Bal Bhawan here, after inauguration of a facilitation-cum-publicity pavilion of the IAF, on the campus by Union HRD minister Ramesh Pokhriyal.

"This new facilitation-cum-publicity pavilion and the IAF-themed mobile game have been designed to raise awareness among the youth like you, about the IAF, and inspire them to take up career in the Air Force," he told a huge gathering of students after the launch.

A senior IAF official said, the game has a total of 10 missions, and each mission has further three sub-missions.

"The various missions, include, airstrikes, air-to-air refuelling, and humanitarian assistance and disaster relief. Also, career navigator, and augmented reality sections are available, which will give a realistic feel of the IAF's assets to the user," the officer said.

The mobile game would highlight various missions and air combat scenarios undertaken by the IAF in an appealing manner, so as to help immerse the player in a game with a "having been there" sensation, the IAF said.

The IAF had earlier launched the game -- 'Guardians of the Skies' in 2014, which had got over a million downloads, the official said, adding, the new game is an upgraded platform, with new technology, and seeks to connect with the tech-savvy youth of today to tell them that a career in the IAF is a "cut tabove the rest".