India   All India  31 Jul 2018  Maneka Gandhi apologises for ‘other ones’ quip
India, All India

Maneka Gandhi apologises for ‘other ones’ quip

Says she was embarrassed by her own lack of knowledge. 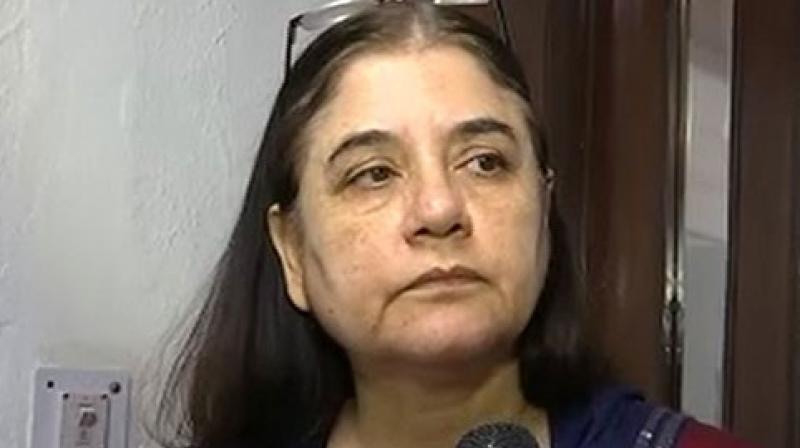 New Delhi: The Union women and child development minister, Maneka Gandhi, on Monday apologised for using the term “the other ones” for transgenders in Lok Sabha, saying she did not “snigger but was embarrassed by her own lack of knowledge.”

“I sincerely apologise for using the term ‘other ones’ during the debate on the Trafficking of Persons (prevention, protection and rehabilitation) bill, 2018, in Lok Sabha. I did not ‘snigger’,” Ms Gandhi said in a tweet.

Talking about the inclusion of information on prevention of human trafficking in school textbooks, Ms Gandhi had on Thursday called transgenders “the other ones” in Lok Sabha.  The minister drew flak from the transgender community for using the word, with Meera Sanghamitra, a member of the National Alliance for People’s Movements and a transgender herself, saying that Ms Gandhi and all the MPs who “thumped and laughed must apologise”.

“I was not aware of the official terminology for the transgender community,” Ms Gandhi said. But she added that in future all official communication will use the term TGs for transgenders.  “I would like to assure that the Anti Trafficking Bill 2018 is gender neutral and provides protection to the aggrieved,” she added.