India is the only South Asian nation to feature on the US list of Strategic Trade Authorization-1 (STA-1) countries. 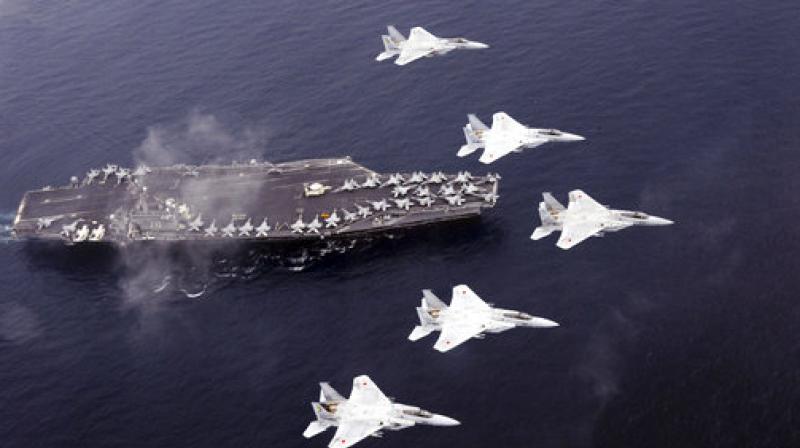 Granting of STA-1 status to India comes after the US recognised India as a 'Major Defence Partner' in 2016. (Representational Image)

New Delhi/Washington: In a major boost to India, the US today eased export controls for high-technology product sales to New Delhi by designating it as a Strategic Trade Authorization-1 (STA-1) country, the only South Asian nation to be on the list.

The granting of STA-1 status to India comes after the US recognised India as a "Major Defence Partner" in 2016, which allows India to buy more advanced and sensitive technologies from America at par with that of the US' closest allies and partners, and ensures enduring cooperation into the future.

"We have granted to India Strategic Trade Authorization STA-1," US Commerce Secretary Wilbur Ross announced today, adding that this is "a very important change" in India's status in the export control regime.

Responding to a question at the first Indo-Pacific Business Forum organised by the US Chambers of Commerce, Ross said the STA-1 designation "acknowledges" the India-US security and economic relationship.

The designation authorises the export, re-export and transfer (in-country) of specified items on the Commerce Control List (CCL) to destinations posing a low risk of unauthorised or impermissible uses.

Ross said that India has partnered with the United States to improve its own export control regimes and has met most of the export control rules which the US thinks is useful.

It increases the integrity with the US systems and reduces time and resources needed to get licenses approved, the Commerce Secretary said.

According to the US Department of Commerce, items that are eligible for export to STA-1 destinations or nationals include items that are subject to control for: national security, chemical or biological weapons, nuclear non-proliferation, regional stability, crime control, and significant items.