Film on CM Yogi announced, but shelved within 48 hours

Director Vinod Tiwari, on Monday, announced that he was shelving the project because he had no intentions of creating trouble. 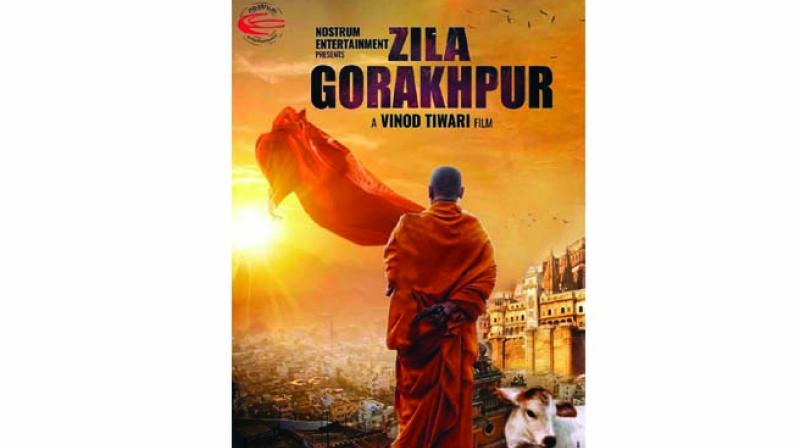 The poster of the film was released on Saturday and showed a man, looking strikingly similar to Yogi Adityanath wearing saffron robes and his back to the camera.

Lucknow: Zila Gorakhpur, reportedly a biopic on UP chief minister Yogi Adityanath, has been shelved within 48 hours of its announcement and release of poster, following a strong reaction by Yogi supporters.

The poster of the film was released on Saturday and showed a man, looking strikingly similar to Yogi Adityanath wearing saffron robes and his back to the camera. With his hands behind him, he is shown carrying  pistol. A cow is also seen in the poster. A senior BJP leader I.P. Singh registered a complaint against the producer Nostrum Entertainment and its director Vinod Tiwari at the Vubhuti Khan police station in Lucknow.

“This is a clear attempt to get cheap publicity and we will certainly not allow this. The film will never be released and its makers are trying to disturb the law and order situation by focusing on controversial issues. The funding of the film must be probed too”, he said. Sources said that the film showed how mob lynching was being encouraged to polarise votes by some leaders.

Director Vinod Tiwari, on Monday, announced that he was shelving the project because he had no intentions of creating trouble.

He said that certain misconceptions were being created on the social media which were baseless. “I feel it is in best interests of everyone that the film is shelved”, he added. Meanwhile, the Congress has termed this as a case of ‘saffron censorship’.

A media coordinator of the Congress, Rajiv Bakshi said on Monday that forcing the project to be shelved reflected the lack of tolerance on the part of the BJP.

“A senior BJP leader openly declares that he will not allow the release of the film and within 24 hours, the director shelves the project. If this is not dictatorship, then what is it?” he asked.