Thakur is prime accused in Muzaffarpur's shelter home case, where more than 30 minor girls were sexually assaulted over a period of time. 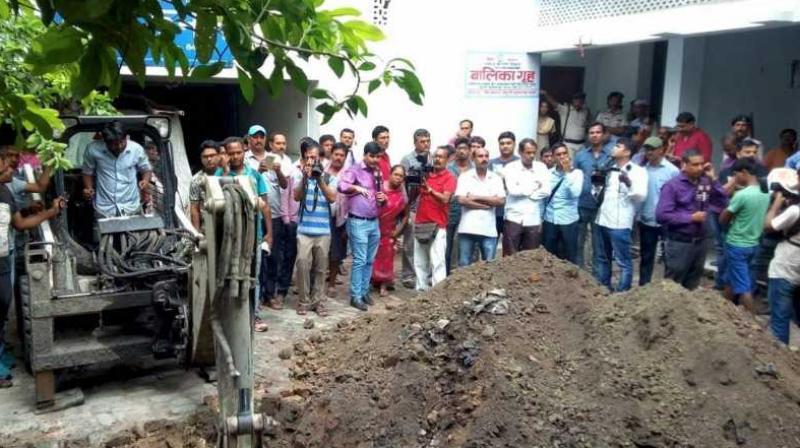 Police investigate the site where a rape victim was alleged buried at a government shelter home in Muzaffarpur. (Photo: PTI)

Muzaffarpur: Few days after the Central Bureau of Investigation (CBI) registered a case against the Muzaffarpur shelter officers and employees, another case on Tuesday registered against Brijesh Thakur after 11 women went missing from another shelter home owned by him in the city.

Thakur is the prime accused in Muzaffarpur's shelter home case, where more than 30 minor girls were sexually assaulted over a period of time.

The probe agency took over the investigation from Muzaffarpur's Mahila Police Station, where the case was registered on May 31, under Section 120(B) (criminal conspiracy), 376 (outraging the modesty of a woman), 34 (common intention) of the Indian Penal Code (IPC) and section 4, 6, 8, 10,12 of Protection of Children from Sexual Offences Act (POSCO).

Earlier, Bihar Chief Minister Nitish Kumar had directed the state officials to conduct a CBI inquiry in the matter.

The alleged sexual exploitation of the girls was uncovered more than a month ago by a Mumbai-based social science institute.

They had submitted its report in April and the Bihar social welfare department approved another project to Thakur on May 31 for beggars' shelter in Patna.