Mr Babaria was reportedly heckled by some Congress workers when he announced in a meeting . 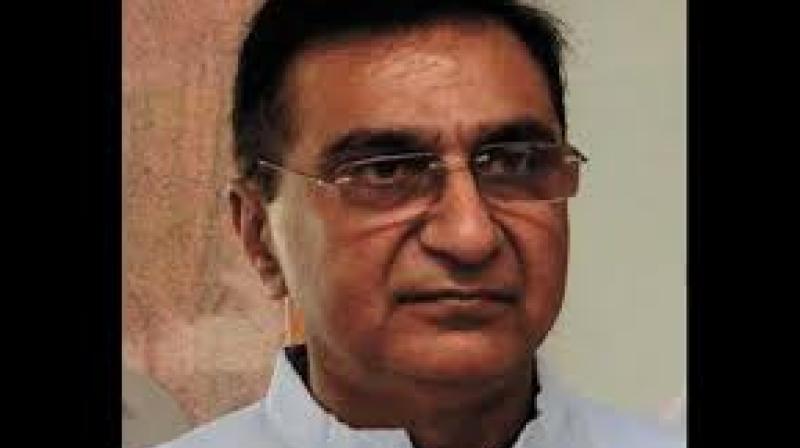 Bhopal: AICC general secretary in-charge of Madhya Pradesh Deepak Babaria was offered security by the state government on Monday after he was reportedly heckled in a Congress meeting by some partymen. State home minister Bhupendra Singh on Monday wrote a letter to him offering to provide him security following the incident, an official spokesman here told this newspaper.

Mr Babaria was reportedly heckled by some Congress workers when he announced in a meeting that either MP PCC president Kamal Nath or Guna Lok Sabha member Jyotiraditya Scindia would be declared as chief ministerial nominee ahead of upcoming Assembly.