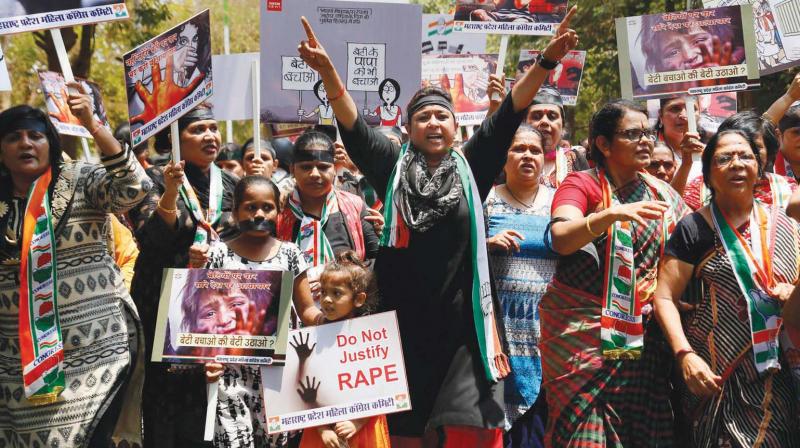 Mandsaur: An eight-year-old rape survivor, whose case had shocked Madhya Pradesh last month, on Tuesday recognised both the accused in the court in Mandsaur district.

The rape survivor had earlier identified the duo from their photographs during the police investigation, he said.

Thakur said the girl on Tuesday first identified Irfan and then told the court that the second accused (Arif) had reached the crime spot two minutes after him.

The girl's parents also deposed before the court.

Three more family members of the survivor are yet to testify.

According to Thakur, the prosecution has sought to examine 42 witnesses in total. The survivor was accompanied by a woman police officer and a nurse during the court proceedings.

Irfan and Asif allegedly abducted the girl on June 26 when she was standing outside her school in Mandsaur town, waiting for her parents. They allegedly took her to an isolated spot, raped her and tried to kill her by slitting her throat.

The barbaric crime had shocked the state, causing widespread outrage.