In July, 11 people, including nine soldiers, were killed and 18 injured in ceasefire violation by the Pakistan. 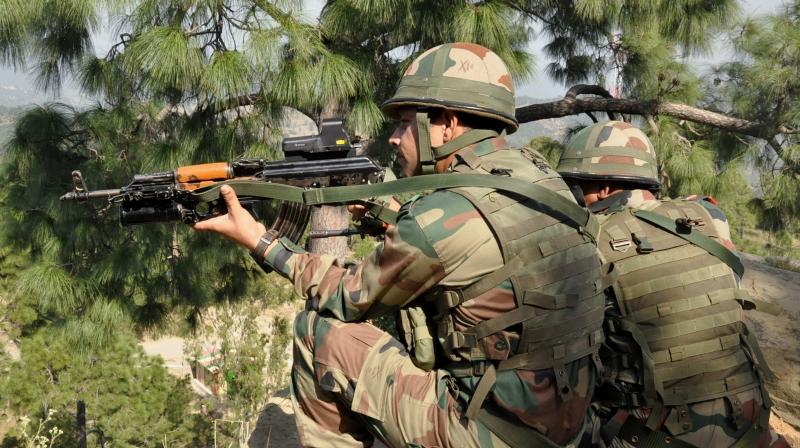 Pakistani Army violated ceasefire by using light weapons and medium machine guns along the LoC in the Baba Khori belt of Naushera sector of Rajouri district at 10:30 pm on Sunday. (Photo: File/Representational Image)

Jammu: The Pakistani army violated ceasefire on Sunday night by resorting to firing on Indian posts along the Line of Control (LoC) in Rajouri district of Jammu and Kashmir.

There have been 23 incidents of ceasefire violation, one BAT attack and two infiltration bids by Pakistan in June, in which four people, including three jawans, were killed and 12 injured.

In July, 11 people, including nine soldiers, were killed and 18 injured in ceasefire violation by the Pakistani army along the LoC in Jammu and Kashmir.