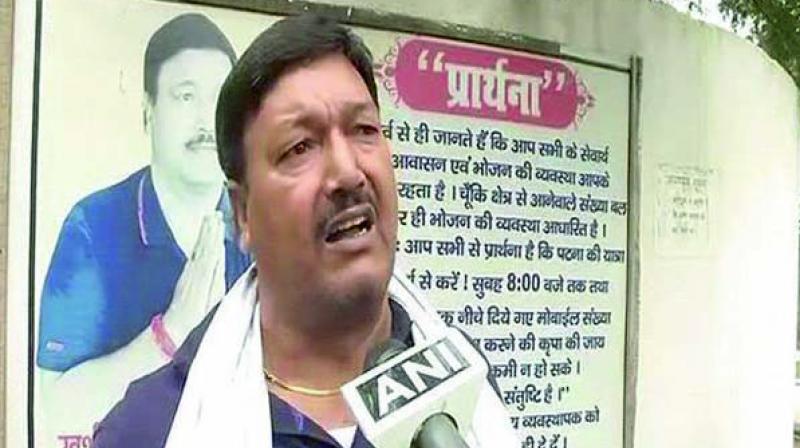 Suhail Ahmed Quasmi who is a Mufti of Imarat e- Sharia, an Islamic religious body in Bihar in his Fatwa declared his Nikah (marriage) null and void and asked him to “apologise in an Islamic manner to remain a Muslim”.

While JD (U) and BJP leaders termed the Fatwa against the minister ‘unfortunate’, RJD leader and former minister Abdul Bari Siddiqui said, “Those who have faith in Islam will accept the Fatwa”.

“It seems that the JD (U) leader chanted the slogan in excitement,” added the senior RJD leader.

Khurshid Ahmed had chanted slogans outside Bihar Assembly on Friday, the day chief minister Nitish Kumar won the vote of trust after he snapped ties with grand secular alliance and joined hands with BJP.

“I respect all religion and Islam also teaches us to love all human beings equally so for the sake of peace and harmony if I have to chant the slogan 100 more times I will do it and no one can stop me”, said Mr Ahmed.

BJP spokesperson Azfar Shamsi, while defending the JD(U) minister, said that instead of communalising the issue, they (Imarat-e-Sharia) should view it as his efforts to spread harmony in the country. “We see Ram as Imam-e-Hind and there is no need to fan sentiments out of the issue. Following Ram and Rahim will only strengthen our relations,” said BJP spokesperson Azfar Shamsi.

Later, on Sunday, the minister while apologising for his statement, said, “The CM told me that if anybody was hurt by my statement I should apologize. My intention was not to hurt anyone.”

I respect Imarat e Sharia, and they issued a Fatwa against me without knowing my intentions”.