India   All India  31 May 2018  With Ampati win, Congress single largest party in Meghalaya
India, All India 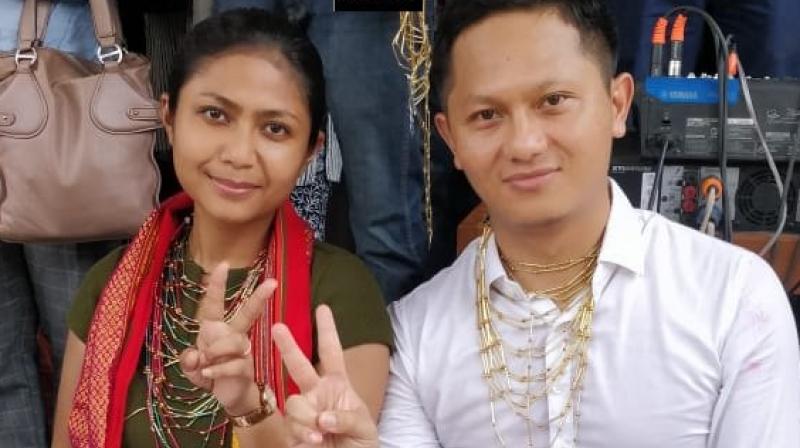 It is expected that the Congress, now being the single largest party, will stake claim to form government in the north-eastern state. (Photo: ANI/twitter)

Shillong: With Miani D Shira, the daughter of former chief minister Mukul Sangma, winning the Ampati Assembly seat in Meghalaya, the Congress on Thursday became the single largest in the state.

The victory gave the Congress 21 seats in the 60-member Assembly, one MLA more than the NPP, which is leading the coalition government with the support of the regional parties and the BJP in the state.

It is expected that the Congress, now being the single largest party, will stake claim to form government in the north-eastern state, as it has said after the recent Karnataka polls that it would.

In Karnataka, the Governor invited the single largest party BJP to form government even though the party was short of majority number. The Congress and JD(S), which together have reached the magic figure, were nor given the first opportunity to form government.

The seat fell vacant after Shira's father and former CM Mukul Sangma, who won from two seats in the last Assembly elections, vacated the seat.

The Congress won 21 of the state's 60 Assembly seats in polls held in February, but its number came down to 20 after Mukul Sangma vacated the Ampati seat.

Eleven short of majority, the Congress lost the opportunity to form government as NPP’s chief Conrad Sangma, with the backing of the BJP, stitched up a post-poll alliance and staked claim over government formation.

The NPP won 19 seats in the assembly elections and was supported by the United Democratic Party (7), the People's Democratic Front (4), the HSPDP (2) and the BJP (2) besides independent lawmaker Samuel Sangma.

After Williamnagar seat, election to which was postponed following the death of a candidate, went for polls, NPP’s tally was increased to 20 after it won the constituency.