India   All India  31 May 2018  JMM retains both assembly seats in Jharkhand by-elections
India, All India

The Jharkhand Mukti Morcha retained both Silli and Gomia assembly seats, ringing an alarm bell for the ruling BJP ahead of polls next year. 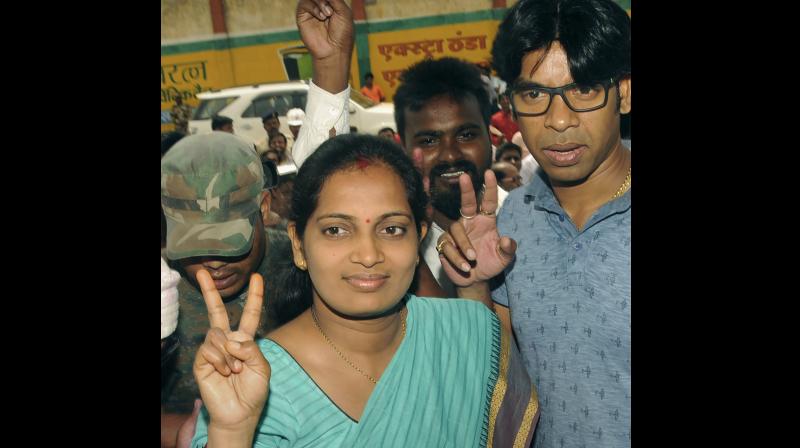 Ranchi: Jharkhand Mukti Morcha (JMM), which was supported by Congress and other opposition parties, Thursday retained both Silli and Gomia assembly seats in the by-election, ringing an alarm bell for the ruling BJP ahead of the general election next year.

Both the seats were with the JMM.

A buoyed JMM chief Hemant Soren described it as victory of opposition unity and said: "its heat is bound to reach Delhi."

The bypolls were necessitated following the conviction of JMM MLAs Yogendra Mahto and Amit Mahto in coal theft and assault cases respectively. The successful outcome of the by-election, in which JMM got the support of Congress, RJD and JVM of former Chief Minister Babu Lal Marandi, has given a boost to the votaries of opposition unity against the BJP in the 2019 parliamentary polls.

While in Silli, the BJP and its ally AJSU were together, in Gomia seat they fielded their candidates against each other and at the end paid the price with a defeat.

There is no change in party position in the 81-member Jharkhand assembly after Thursday's bypolls result as both the seats were with JMM earlier.

The BJP has 43 members and is supported by 5 MLAs of AJSU. JMM has 19 MLAs while Congress has 6 and JVM 2. RJD of Lalu Prasad has no member in Jharkhand house at present.

In Silli in Ranchi district, it is the second consecutive defeat for AJSU president and former state deputy chief minister Sudesh Mahto since 2014 state polls.

BJP state General Secretary Deepak Prakash tried to play down the bypolls outcome saying both the seats were with JMM previously which they retained. The BJP had bagged 12 seats and the JMM won two in the 2014 Lok Sabha elections.