India   All India  31 May 2018  Bihar: Demand for special status fuels
India, All India

Political temperature in the state heated up after Bihar chief minister Nitish Kumar revived the demand for special status category. 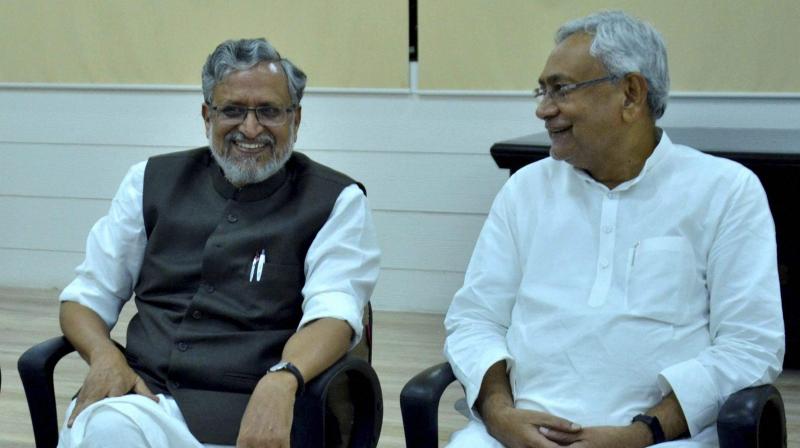 Patna: The opposition RJD on Wednesday took to Twitter in slamming Bihar CM Nitish Kumar and his deputy Sushil Kumar Modi for misleading people by writing a letter to the finance commission demanding special status for Bihar.

“Are Nitish Kumar and Sushil Kumar demanding special status from US President Donald Trump? Do you think people of Bihar are fools? Are they afraid of raising their demands to Prime Minister Narendra Modi directly? Nitish Chahcha (Uncle) should keep his spines straight like Chandra Babu Naidu and talk to the Prime Minister.  Special status for Bihar is our right”, leader of the opposition in Bihar assembly Tejashwi Yadav said in a tweet on Wednesday.

Political temperature in the state heated up after Bihar chief minister Nitish Kumar revived the demand for special status category.

Few leaders from the JD(U) also hinted at launching a protest “if the demands for special status of Bihar are not fulfilled”.

While the political analysts see their demands as an indication which may churn the JD (U) – BJP ties ahead of 2019 general elections, the opposition parties in Bihar called it a pressure tactic against the BJP.

“First you stole our mandate and now you are resorting to pressure tactics against the BJP over our demand for special status to Bihar. These opportunist people are looking for excuses as they are not interested in the development of the state”, Tejashwi Yadav said.

The chief minister on Tuesday had raised the issue of special status and urged the finance commission to support backward states like Bihar to catch up with other developed states.

Dismissing allegations that the ruling party was resorting to pressure tactics JD(U) leaders said demands for the special status category to Bihar have been a key issue for chief minister Nitish Kumar.

In 2009 during a rally, Nitish Kumar who was with NDA had created a stir in the political circle by showing his willingness to extend support to any political party which helped the state get special status.

Sources claim that after leaving the Grand Secular Alliance and forming the government with BJP in July 2017, Nitish Kumar repeatedly raised the issue and urged Prime Minister to bring the state under the special status category.

Among many reasons he had cited for returning to NDA fold was the need for a special package and special status category for Bihar from the Central government.

The opposition party leaders say that Nitish Kumar went silent after Centre rejected his demands for the special status category in 2017 barely two months after he returned to NDA fold.