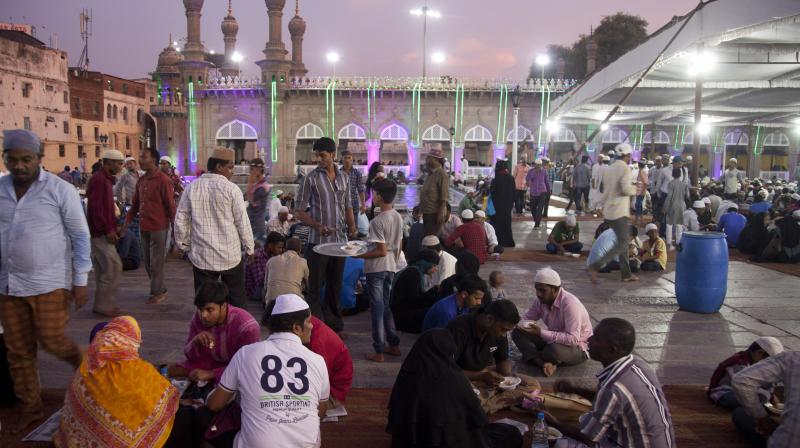 Muslims break their fast during the holy fasting month of Ramzan. (Photo: AP)

Bhopal: Muslim Rashtriya Manch (MRM), the Muslim wing of the RSS, today said it is serving cow milk at Iftar during the ongoing Ramzan considering the "health benefits it has over beef".

Manch's co-convenor SK Muddin said cow milk has multiple benefits over beef whose "unhealthy and harmful" effects of were "endorsed" even by Muslim scriptures.

Muddin, MRM's Madhya Pradesh and Chhattisgarh incharge, said they served cow milk to fasting Muslims in Betul and Jabalpur districts in the last two days and the response they got was "highly encouraging".

He said cow milk is being served to Muslims after Roza Iftars.

"We have plans to serve milk in each district of Madhya Pradesh during the Ramzan," he added.

MRM is also serving cow milk to the fasting Muslims in Uttar Pradesh, he said.

"Our initiative to serve cow milk is getting a good response from among the Muslims who are observing fast during Ramzan," he told PTI.

Cow milk digests easily and that is why it is given to the infants too, he said.