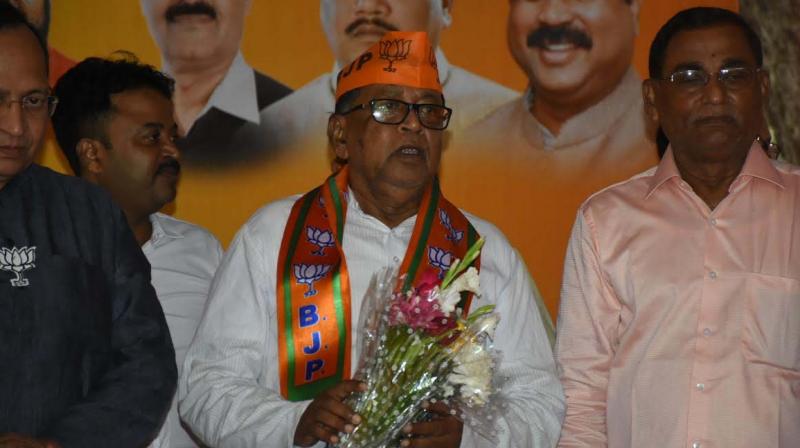 Apart from resigning from the primary membership of the party, the 78-year-old leader who was minister in the Atal Behari Vajpayee government also quit as member of parliament as well as from the post of district president.

“I wanted to meet Naveen Patnaik but was not given an appointment. I waited for four hours but failed to meet him. At this old age, it was embarrassing that I had to wait for so long. I am pained that neither I nor my son was given ticket to contest in the ensuing polls,” Mr Sethi told media.

Mohan Jena, another BJD stalwart and former Jajpur Lok Sabha member, also resigned from the party and joined the BJP.

“I was feeling suffocated in the BJD. Though I worked hard for the party, I was always ignored and never invited to participate in organisational activities,” said Mr Jena.

While Arjun Sethi’s on Abhimanyu is likely to contest on BJP ticket from Bhadrak Lok Sabha seat,  Mohanj Jena will vie for Jajpur LS seat.