Lessors have grounded more than three dozen Jet Airways planes, forcing hundreds of its flights to be cancelled. 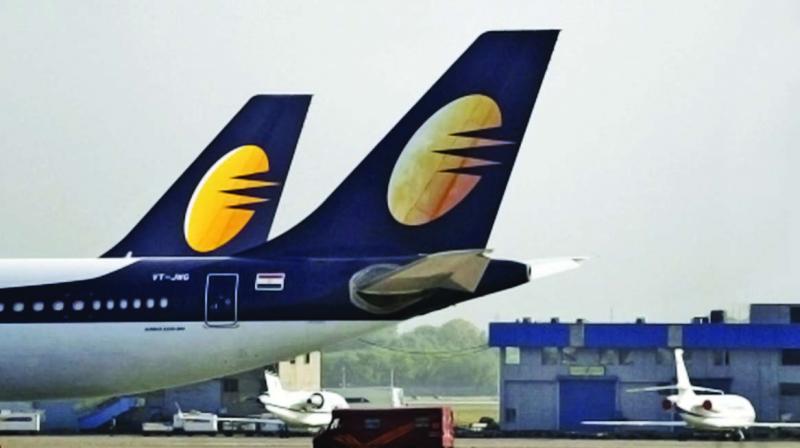 Jet Airways has delayed payments to pilots, suppliers and lessors for months and defaulted on loans after racking up more than USD 1 billion in debt. (Photo: File)

New Delhi: Indebted carrier Jet Airways will pay December salaries to pilots and aircraft maintenance engineers but for now it cannot pay more recent overdue wages, its chief executive said on Saturday after pilots threatened to strike over payment delays. Jet Airways has delayed payments to pilots, suppliers and lessors for months and defaulted on loans after racking up more than USD 1 billion in debt.

The airline blamed its problems on high oil prices and rising competition. Lessors have grounded more than three dozen Jet Airways planes, forcing hundreds of its flights to be cancelled.

The airline was bailed out on Monday by state-run banks, which have temporarily taken a majority stake in the company and given it a loan, under a government-led rescue deal.

"These are complex processes and it has taken longer than we had expected and as such we are only able to remit your remaining salary for December 2018," Chief Executive Vinay Dube told employees in a letter seen by Reuters, adding the company was working as fast as possible to resolve its debt issues.

"We realise that this remittance does not lift the financial hardship that each of you are facing and we do not take your sacrifices for granted," he added.

"We continue to work on additional funding on an urgent basis and shall advise you about the release of the remaining salary arrears as the funds come in," he added.

Karan Chopra, the president of the National Aviators Guild, the union of Jet Airways pilots, said union members planned to meet in Mumbai today to discuss further steps and whether they planned to go ahead with their planned strike from tomorrow, April 1.