Geelani, widely known as a hard nut to crack among the separatist, had been under house arrest for the past eight years. 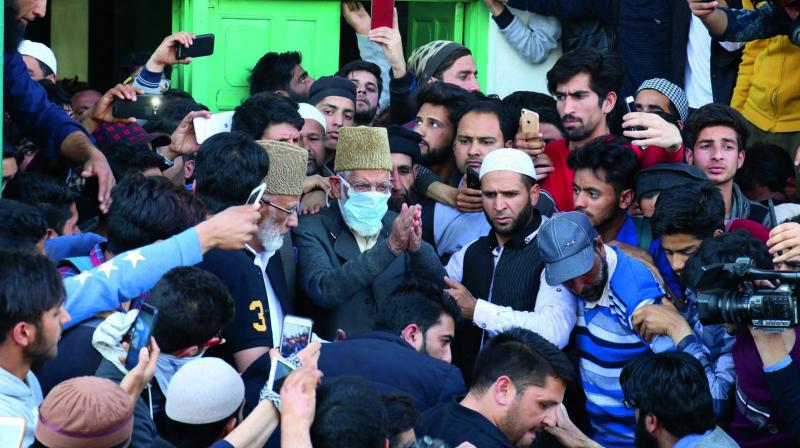 Srinagar: The authorities in Jammu and Kashmir have lifted restrictions on top separatists, including Syed Ali Shah Geelani, and it was for the first time since 2010 that the octogenarian leader could join weekly congregational prayers in a mosque in Srinagar on Friday.

Soon after loosening house arrest against him, Mr Geelani, the 88-year-old separatist patriarch who continues to loom large over the Valley’s political landscape, walked to a mosque near his home in Srinagar’s Hyderpora area.

He was being accompanies by Sehrai and other aides and prominent activists of the Tehrik-e-Hurriyat (TeH), the dominant constituent of the Hurriyat Conference faction led by him (Geelani).

Mr Geelani had in a significant development on Kashmir’s separatist political arena announced on March 19 that Sehrai has replaced him as the chief of the TeH launched in 2004 after the duo had reached an “agreement” with their parent organisation Jamaat-e-Islami. Sources in the TeH had said that Geelani decided to step down as its chief due to his falling health. But he continues to head his faction of Hurriyat Conference which is an amalgam of separatist parties.

Mr Geelani, widely known as a hard nut to crack among the separatist, had been under house arrest for the past eight years. He would during this period, however, be allowed to visit hospitals in Srinagar or travel to Delhi for receiving specialised treatment to his multiple ailments. But it is for the first time in these years that he could walk to a mosque in Srinagar to join congregational prayers on Friday.

Witnesses said that the police had to burst a few teargas canisters when a huge crowd began chanting pro-freedom and pro-Pakistan slogans as Geelani walked out of Jama Masjid Hyderpora after offering prayers. A police officer who was part of a contingent deployed in the area as part of security bandobast said that “mild force” was used as a section of the crowd turned violent and hurled rocks at the security personnel amid chanting “we want freedom”, “Go India, go back”, “Teri jaan, meri jaan Pakistan” and “Jeve, Jeve Pakistan”.  A witness said that slogans in praise of militant commander Zakir Musa were also raised.

This development comes a day after J&K’s director general of police Shesh Paul Vaid announced that Mr Geelani and two other top separatist leaders — Mirwaiz Umar Farooq and Muhammad Yasin Malik — were now free to go anywhere they wish to. He, however, sought to add a rider to it saying the trio should not make any “anti-national” speeches or try to create a law and order problem.

The trio is part of a alliance called “Joint Resistance Leadership (JRL)” which has been calling shots in Kashmir for the past couple of years and was in command during the unrest triggered by the killing of Burhan Wani, the young militant commander who became an icon of the Valley’s belligerent youth.

Like Mr Geelani, the Mirwaiz and Malik have faced similar curbs for close to two years and were often barred from relocating to places to make political speeches. The Mirwaiz who is the chief Muslim cleric of Kashmir was not allowed to deliver customary pre-namaz sermon from the rostrum of Srinagar’s historic Grand Mosque on many Fridays.