Bengal panchayat polls on May 1, 3, 5; oppn angry at such short notice

All opposition parties demanded to the state poll panel for the central paramilitary forces' deployment. 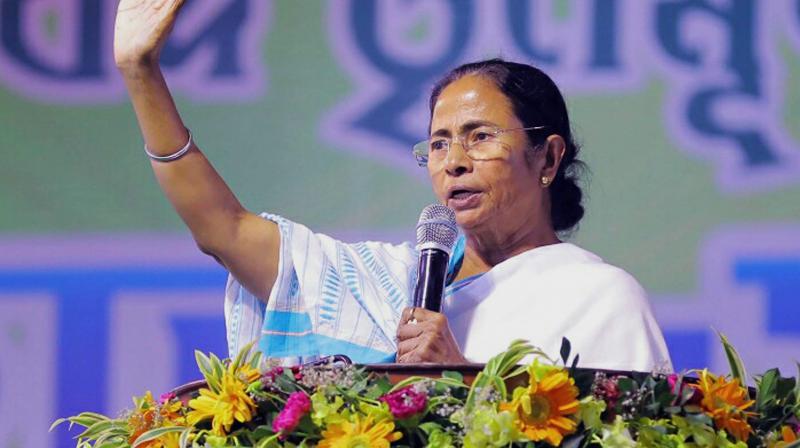 After the announcement of the poll schedule, chief minister Mamata Banerjee and panchayat minister Subrata Mukherjee held a meeting at the state secretariat: Nabanna. (Photo: PTI)

Kolkata: West Bengal is going to the Panchayat Elections in three phases in May.

Declaring the poll schedule on Saturday the West Bengal State Election Commission (WBSEC) announced that the first phase, the largest one among the three rounds, would be held on May 1 in most of the districts in South Bengal.

The election results will be declared on May 8, Singh added.

While the WBSEC will issue the notification on April 2, the model code of conduct has been effective with the announcement of the poll schedule.

Singh however refused to comment on whether the central para-military forces would be sought for deployment during the polls.

All opposition parties earlier demanded to the state poll panel for the central forces' deployment.

Soon after the announcement of the poll schedule, chief minister Mamata Banerjee and panchayat minister Subrata Mukherjee held a meeting at the state secretariat: Nabanna.

State BJP president Dilip Ghosh however threatened to move the court against the poll schedule.

"It was assumed that the Panchayat polls would be held in May. But it has been scheduled during the final examinations at the schools. While April 9 has been set as the deadline for filing nominations, the examination will continue till April 12. So there is not enough time for us to campaign," he said.

He added, "We will contest the polls. But at the same time we will also explore the scopes to move to the court on the legal aspect which includes court's order against the polls during school examinations."

CPI(M) MLA Sujan Chakraborty alleged, "The International Labour Day is observed on May 1 everywhere. But neither the Trinamool government nor the state poll panel is bothered about the significance of that day. That is why the first phase has been scheduled on May 1. This is anti-labour. It is also the shortest possibile time to hold the rural polls."

Congress MLA Manoj Chakraborty claimed, "The votes will be looted if the central forces would not be deployed. So we demand the central forces' deployment. It seems there is a ploy in scheduling only two districts in the second phase. Moreover there is very little time left to us to carry out election campaigns."

Trinamool secretary general Partha Chatterjee however said, "The opposition parties have no bases. Still they are opposing us for the sake of opposition. They have no cards in their hands to reach out to the mass. That is why they fear of facing the elections and talk of courts. But we are with the mass always."