UP’s meat sellers meet CM, but get no relief

CM told the delegation that the directives of the NGT would be followed since this was the constitutional obligation of the government. 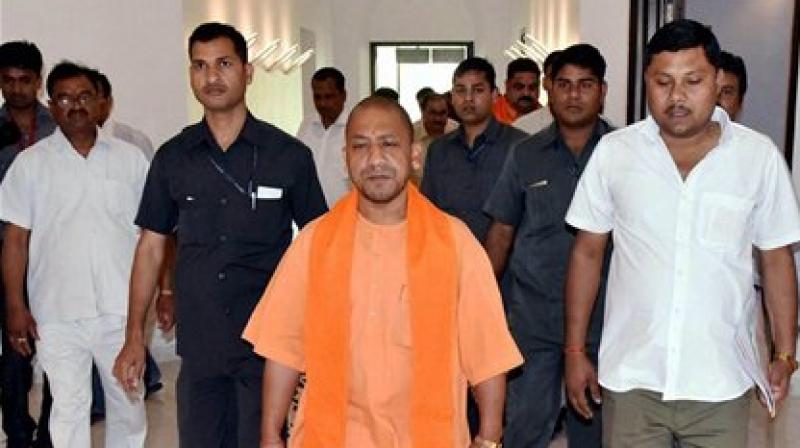 Lucknow: A delegation of meat sellers and exporters from UP, Delhi and Mumbai met with UP chief minister Yogi Adityanath on Thursday to discuss the situation arising due to ban on illegal slaughterhouses in the state.

Briefing reporters after the meeting, UP minister Siddhartha Nath Singh said Mr Adityanath assured them that there would be no discrimination or victimisation on the basis of caste or religion.

The chief minister said this was “sabki sarkar” and would work for all sections of society.

However, the chief minister told the delegation that the directives of the National Green Tribunal would be followed since this was the constitutional obligation of the government.

He also said previous governments had not acted on the NGT directives. This implies that the state government is in no mood to give any relief to slaughterhouses unless they are licensed.

The delegation also submitted a memorandum to Mr Adityanath.

Fauzan Alavi, secretary  of all-India meat and livestock exporters’ association, told reporters that the CM assured that no harm would come to their businesses as long as they followed the rules.

Mr Alavi expressed concern over the often unhygienic conditions in and around meat shops and slaughterhouses.