In a letter to the I&B ministry, the TV actor has alleged that nothing could be done due to “lack of cooperation” by the ministry. 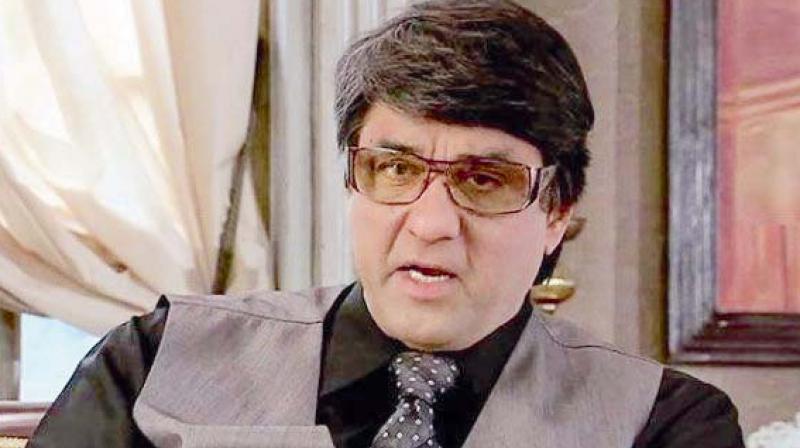 New Delhi: Veteran actor Mukesh Khanna, known for his roles as Bhishma Pitahma in Mahabharata and television superhero Shaktiman, has reportedly offered to quit mid-term as chairperson of Children’s Film Society of India (FSI), alleging “lack of support” and “inadequate funding” for promotion of children’s films by the information and broadcasting ministry.

In a letter to the I&B ministry, the TV actor has alleged that nothing could be done due to “lack of cooperation” by the ministry.

It is understood that the CFSI was in talks with several top filmmakers, including Rajkumar Santoshi and Neeraj Pandey, for film production. However, these could not go ahead as the demands for more funds has reportedly not been met by the ministry, sources added.

Khanna is also learnt to be peeved at the lack of enthusiasm on the part of the government regarding the promotion and distribution of children’s films by the CFSI, sources added.

Khanna, who made his way into the hearts of children with his popular superhero TV series Shaktimaan, was appointed as the chairperson of CFSI in April 2015 for a period of three years.

The Modi government had appointed Khanna as the chairperson of the CFSI as he was felt to have done creditable work with children programming like the popular Shaktimaan series.

Though way was cleared for him to lead the organisation in creative capacity, it is understood that Khanna was unhappy with the amount of interference in the working of the CFSI, sources added.