Michel is one of the three alleged middlemen being probed in the case. 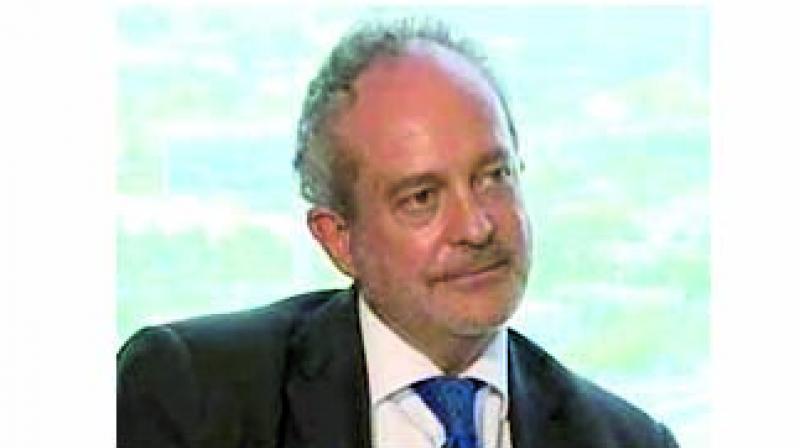 New Delhi: India’s diplomatic overtures to the UAE is apparently not helping as far as extradition issues are concerned. Though the Crown Prince of Abu Dhabi, Sheikh Mohamed bin Zayed Al Nahyan, visited India as the chief guest for the Republic Day parade and Prime Minister Narendra Modi personally received him, the prime investigating agency, ED is not being able to get its hand on Christen Michel, an accused in the multi-crore Augusta Westland helicopter deal case.

“The ED will send a fresh request for Michel’s early deportation in a day or two. So far the agency has sent several such requests and all these failed to evoke any response from the authorities concerned in the UAE,” sources said.

For BJP, AugustaWestland helicopter deal scam is a priority to target Congress over corruption. Besides, the arrest of  the former IAF chief, S.P. Tyagi in this case, the BJP has also accused some top Congress leaders close to the party high command of accepting “kickbacks.”

Michel is one of the three alleged middlemen being probed in the case, besides Guido Haschke and Carlo Gerosa, by CBI and the ED. Both the agencies have notified an Interpol Red Corner Notice (RCN) against him after the court issued a non-bailable warrant against him even as the ED has already made a similar request to the UAE authorities against Michel. While the CBI has sought his arrest for “criminal conspiracy, cheating, illegal gratification and abuse of official position”, the ED wants him for charges under the Prevention of Money Laundering Act.

ED has already filed a chargesheet against him in June, 2016 under money laundering charges and it had alleged in its probe report that Michel received Euro 30 million (about Rs 225 crore) from AgustaWestland.

Michel was extensively interviewed by the Indian media last year and both the agencies want him to join their respective probes.