India   All India  30 Dec 2021  Child should not be made to suffer due to husband-wife dispute: Supreme Court
India, All India

Child should not be made to suffer due to husband-wife dispute: Supreme Court

The liability and responsibility of the father to maintain the child continues till they attain the age of majority, the bench said 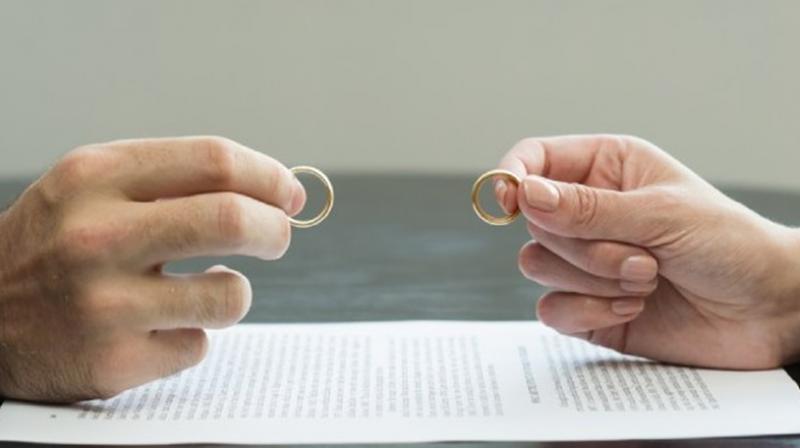 The Supreme Court has asked an Army officer to look after the maintenance of his 13-year-old son till he attains the age of majority. (Photo: Pixabay/Representational)

New Delhi: Observing that a child should not be made to suffer due to a dispute between a husband and wife, the Supreme Court has asked an Army officer to look after the maintenance of his 13-year-old son till he attains the age of majority.

While dissolving the officer's marriage, a bench comprising Justices M R Shah and A S Bopanna directed him to pay Rs 50,000 as maintenance to the wife.

Considering the fact that both the appellant-wife and the respondent-husband are not staying together since May, 2011 and, therefore, it can be said that there is irretrievable breakdown of marriage between them.

It is also reported that the husband has already re-married. Therefore, no useful purpose shall be served to further enter into the merits of the findings recorded by the courts below on 'cruelty' and 'desertion' by the appellant-wife, the bench said.

In view of facts and circumstances of the case and in exercise of powers under Article 142 of the Constitution, the decree passed by the Family Court is not required to be interfered with on account of irretrievable breakdown of marriage, the apex court said.

However, at the same time, the husband cannot be absolved from his liability and responsibility to maintain his son till he attains the age of majority. Whatever be the dispute between the husband and the wife, a child should not be made to suffer.

The liability and responsibility of the father to maintain the child continues till the child/son attains the age of majority, the bench said.

The top court noted that the mother is not earning anything and therefore, a reasonable/sufficient amount is required for the maintenance of her son including his education etc. which shall have to be paid by the husband.

In view of the above and for the reasons stated above, the present appeal stands disposed of by confirming the decree of divorce/dissolution of the marriage between the appellant-wife and the husband.

However, the husband is directed to pay Rs 50,000 per month with effect from December, 2019 to the wife towards the maintenance of son, it said in a recent order.

The marriage between the Army officer and his wife was solemnised on November 16, 2005.

The wife had filed a number of complaints against the husband before Army authorities including those pertaining to alleged extra-marital affairs of the respondent-husband.

An enquiry was initiated by the Army authorities against the officer in which he was exonerated.

The Army officer filed a case against the wife before the Family Court, Jaipur in 2014 seeking a decree of divorce and dissolution of marriage on the grounds of cruelty and desertion by the wife.

The Family Court passed a decree for dissolution of marriage between the appellant and the respondent on grounds of cruelty and desertion by the wife.