India   All India  30 Dec 2018  ‘Police couldn’t protect their own’: Son of cop killed by mob in UP’s Ghazipur
India, All India

‘Police couldn’t protect their own’: Son of cop killed by mob in UP’s Ghazipur 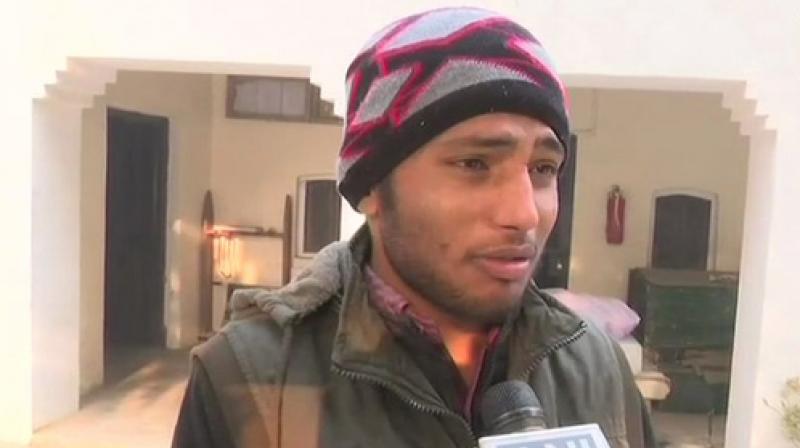 VK Singh, son of deceased constable said, 'If the police are not able to protect its co-workers then what sought of a protection a common man should expect from them.' (Photo: ANI)

Police constable Suresh Vats was killed and two civilians were injured on Saturday after some members of a protest rally, organised by Nishad Party, allegedly hurled stones on them near Naunera area in Ghazipur. The police constable was deployed at the Prime Minister Narendra Modi's rally in Ghazipur and was returning from the event when the incident took place.

Venting ire over the Uttar Pradesh Police, VK Singh, the deceased constable's son told news agency ANI, "If the police are not able to protect its co-workers then what sought of a protection a common man should expect from them."

The bereaved son also expressed disappointment over the country's pompous "VIP culture" and stated, "A video of the incident was posted on YouTube. One can see when the rally ended, the clashes broke out and near the incident spot several VIPs sitting in their cars were passing. Not even a single dignitary who was passing by stopped the car and tried to resolve the issue. Everybody was concerned about saving their own lives."

He further said that by merely giving compensation or providing a government job to the kin of the deceased is not going to curb the problems of crime and violence. "Earlier, similar incidents took place in Bulandshahr and Pratapgarh. How can the government compensate for the lost lives?" he questioned.

Meanwhile, the Ghazipur Police have filed a First Information Report (FIR) against 32 people and have arrested some people in connection with the case.

Taking note of the incident, Chief Minister Yogi Adityanath on Saturday announced an ex-gratia of Rs 40 lakh for the wife of the deceased. He also directed the police officials and district magistrate to take strict action against the unruly elements and make an immediate arrest in the case.