For the amiable chief secretary Rajive Kumar, who returned from central deputation to take over the top job, the title was - Aaap aaye bahaar aayi. 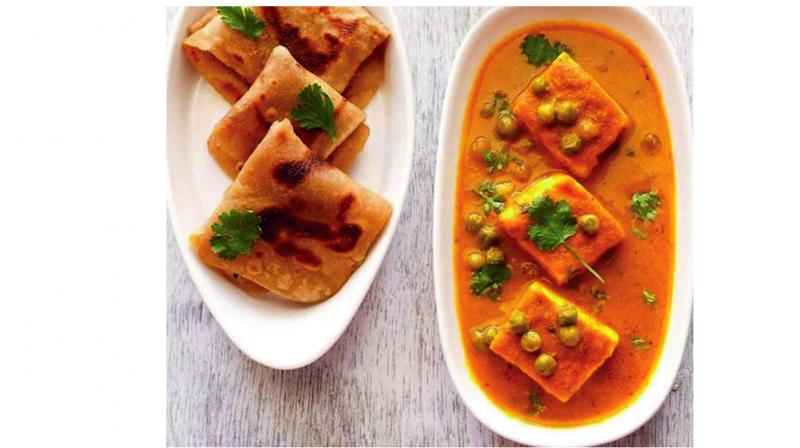 Though the titles relied almost completely on Bollywood songs, they effectively managed to convey the message about the latest development related to a bureaucrat's posting and responsibility.

Lucknow: Tangy titles served with mouth-watering kebabs and delicious desserts, set aside hostilities and tensions in the bureaucracy as the annual service dinner earlier this month renewed the camaraderie in the cadre.

The political differences, one-upmanship and bitterness melted away as the officers opened the menu card in which, besides the dishes, "fun titles" bestowed on senior officials were also printed to spice up the dinner on December 15 that was a part of the IAS week activities.

Though the titles relied almost completely on Bollywood songs, they effectively managed to convey the message about the latest development related to a bureaucrat's posting and responsibility.

For the amiable chief secretary Rajive Kumar, who returned from central deputation to take over the top job, the title said it all - Aaap aaye bahaar aayi.

Additional chief secretary R.K. Tiwari and Commissioner commercial tax Mukesh Meshram were jointly given the title -Gabbar Singh Tax - since the two were responsible for implementing GST in the state.

Three senior IAS officers, R.P. Singh, Anup Chandra Pandey and Sanjay Agarwal, got the title Hum bhi khade hain raahon mein, an obvious reference to the fact that they are strong claimants for the chief secretary's post after the present incumbent retires.

Raat baki, baat baki, file, meeting ho jaane do was the title given to S.P. Goyal , principal secretary to chief minister, while Rigzian Sampheal, the officer who was secretary in Akhilesh Yadav's secretariat and has continued in the same post in the present regime, was given the title Badal jaye agar mali, chaman hota nahin khali.

Meanwhile, much to the delight of the bureaucrats, the dinner included non-vegetarian fare. The official dinner and lunch hosted by the governor and chief minister a day earlier had only vegetarian dishes which had disappointed several officers.