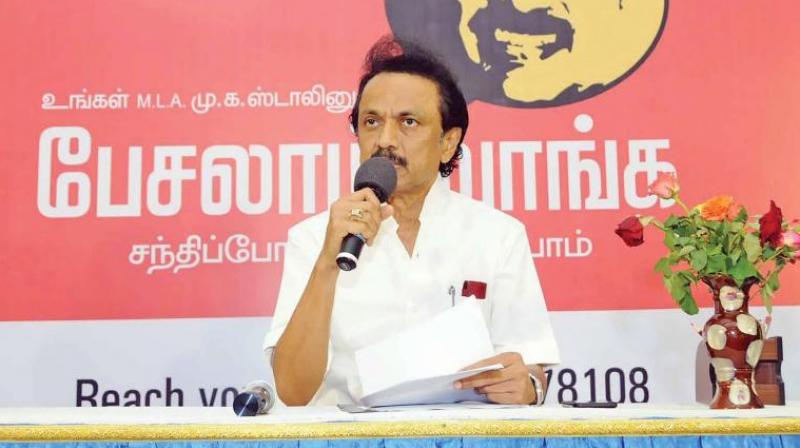 Chennai: Hailing the acquittal of its leaders in the 2G case, the DMK on Friday said “imaginary” losses in spectrum allocation have “vanished into thin air” like a ‘phantom’ and the party has emerged as a giant “refined in gold.”

A high-level party meeting chaired by DMK working president M.K. Stalin claimed “some hegemonic forces” had created the “imaginary account” of Rs 1.76 lakh crore loss, a reference to the Comptroller and Auditor General’s estimate. In a resolution titled “The Phantom called 2G — an imaginary account that vanished into thin air”, it said the aim of such forces was to insult and weaken DMK which had then “strived to ensure that a strong government” was in place at the Centre.

The meeting lauded former communications minister A. Raja and Rajya Sabha MP Kanimozhi for facing the case and securing the acquittal from a CBI court in Delhi last week.

“The hegemonic forces concealed Raja’s feat of taking mobile telecom to poorer sections at lower costs and created an imaginary account of Rs 1.76 lakh crore loss and blew it up and filed a case,” the resolution said. “That imaginary account has now vanished into thin air... due to this just verdict, DMK has taken a Vishwaroopam (a reference to the gigantic form of Lord Vishnu) like gold refined in fire,” it said.

The Central Bureau of Investigation court had on December 21 acquitted Raja, Kanimozhi and all other accused in the 2G spectrum allocation case, bringing relief to DMK which had suffered back-to-back defeats in 2011 and 2016 Tamil Nadu Assembly elections and also the 2014 Lok Sabha polls. On the DMK’s loss in RK Nagar bypoll, the meeting said action would be taken against those who had not performed poll duties properly.

It recalled that the party has already appointed a three-member panel to identify the reasons for its failure in the high-stake contest. Rival AIADMK leader TTV Dhinakaran, who contested as an independent, won the bypoll securing 89,013 votes.