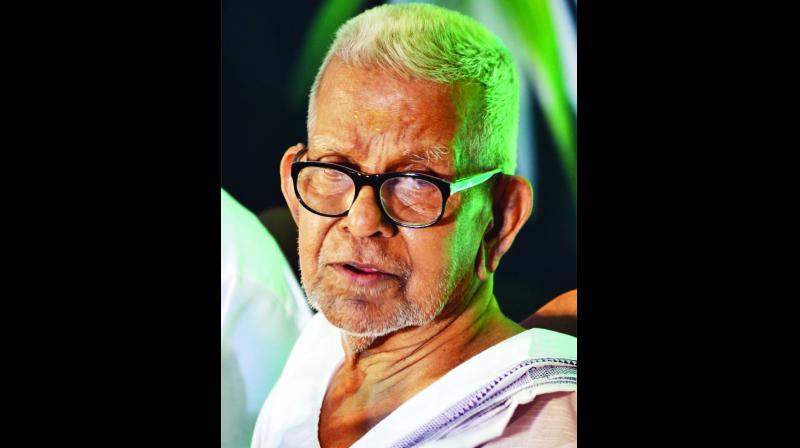 Thiruvananthapuram: Akkitham Achuthan Nampoothiri, 93, who handheld Malayalam poetry to modernism in the fifties and sixties, has bagged this year’s Jnanpith Award, the highest literary prize in India given in recognition of outstanding contribution towards literature. The award was announced in New Delhi on Friday after a meeting of the Jnanpith selection board chaired by novelist Pratibha Ray.

Born in 1926, Akkitham Achuthan Namboothiri, popularly known as Akkitham, has displayed unfathomable compassion and displayed imprints of Indian philosophical and moral values in his works which functioned as a bridge between tradition and modernity. His works include poems, dramas, critical essays, children’s literature, short stories and translation that delve deep into human emotions in a fast-changing social space.