'Yoga is India's gift to world for health, wellness and peace. It is bridging the vast distance between India and Argentina,' he said. 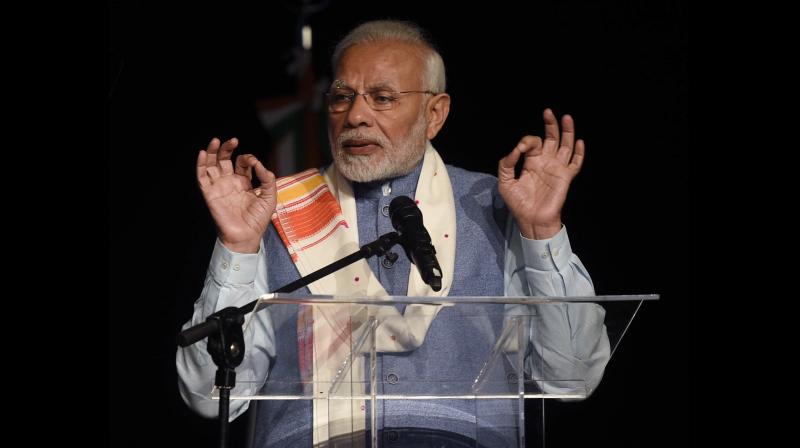 Praising the organisers of the 'Yoga for Peace' event, he said it's hard to think of a better name. (Photo: AP)

New Delhi/Buenos Aires: Yoga is India's gift to the world for health and peace, Prime Minister Narendra Modi said on Thursday as he highlighted the benefits of the ancient Indian practice for overall wellbeing.

Addressing participants at a yoga event in Buenos Aires, he said the practice connects everyone to happiness.

"I arrived here just a few hours ago after travelling over 15,000 kilometers in more than 24 hours. And because of your love and enthusiasm, I did not feel at all that I am outside India," the Prime Minister said in Hindi.

Praising the organisers of the "Yoga for Peace" event, he said it's hard to think of a better name.

"Yoga keeps both your body and mind healthy. It strengthens your body and keeps your mind at peace," Modi, who is here to attend the G20 Summit, said.

The prime minister said if the mind is at peace, there would be peace in family, society, country and the world as well.

"Yoga is India's gift to the world for health, wellness and peace. It connects us with wellness and happiness. Yoga is bridging the vast distance between India and Argentina. It is connecting the two countries and their people," Prime Minister Modi said.

While Argentina has a keen interest in India's art, music and dance, there are lakhs of fans of Argentine soccer players in our country. Maradona's name has become part of our daily conversations and sayings, Prime Minister Modi said.

He also congratulated the Argentina hockey team for winning their first match of the Hockey World Cup being held in Odisha.

"It's a matter of pride and happiness for us that Argentina is hosting the G20 summit. Issues such as global economy, sustainable development, climate change, and fugitive economic offenders will be discussed during the summit. These are in the interest of the entire world, and not just India and Argentina," he said.

The UN General Assembly in 2014 overwhelmingly adopted a draft resolution, declaring June 21 as International Yoga Day. A record 177 countries had co-sponsored the resolution.