PM Modi started off his second day by taking part in BRICS Leaders Informal Meeting at the Alvear Palace Hotel. 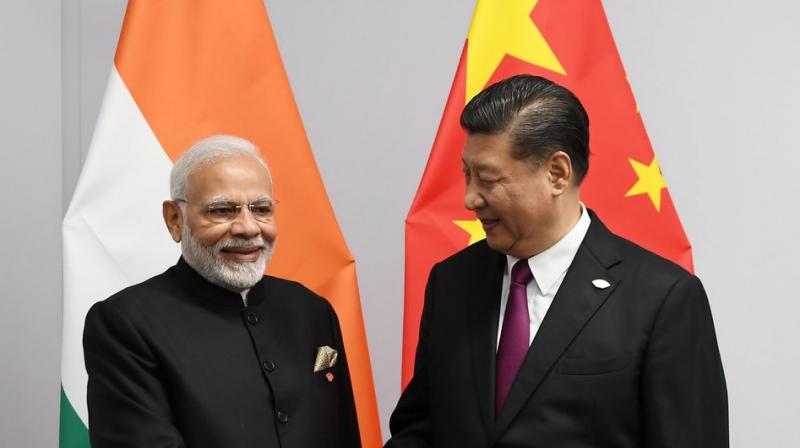 Modi told Xi that he was looking forward to host him for an informal summit next year. (Photo: @PMO/Twitter)

Buenos Aires: Prime Minister Narendra Modi on Friday met Chinese President Xi Jinping on the sidelines of the G-20 summit here and discussed how to strengthen the bilateral ties between the two neighbours.

The two leaders have met twice after their informal summit in the Chinese city of Wuhan in April -- once at the Shanghai Cooperation Organisation (SCO) summit held in June in China's Qingdao and the second time at the BRICS summit in South Africa's Johannesburg in July.

Modi told Xi that he was looking forward to host him for an informal summit next year.

"Today's meeting will be important in proving a direction in terms of strengthening our relations," Modi said. "Such initiatives are helpful in maintaining the momentum," the prime minister said, adding that there "have been two review meetings -- in Qingdao and in Johannesburg."

"I express my heartiest thanks to you (President Xi) for taking out time for this meeting," he said.

After the meeting, the PMO tweeted that the two leaders held productive discussions.