Bal Utsav, turning childhood of less fortunate into a celebration

With an estimated population of over 400 million, the country has the highest number of children in the world. 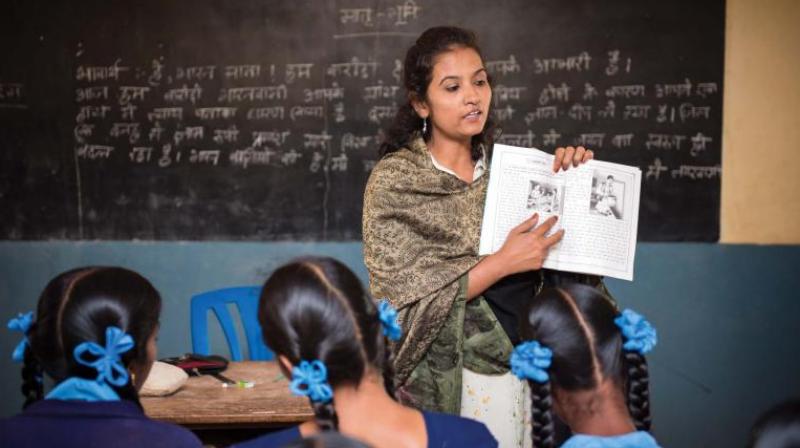 Strengthening public education and acting as a catalyst to solve the education crisis at government schools, Bal Utsav has made a mark in the country and abroad over the last decade. It has transformed the lives of thousands of children, turning their childhood into a celebration, as the name suggests.

With an estimated population of over 400 million, the country has the highest number of children in the world. If any change can be brought about in the country, it can only be with a big impact among children’s population, believes Bal Utsav members. “Lofty initiatives like Digital India and Startup India will all come crumbling down unless children of today are provided with life-changing education. While most people focus on the fruits, we believe in working on the soil, which will then allow various kinds of seeds to flourish from a healthy soil,” said Mr Ramesh Balasundaram, Co-founder and Director, Bal Utsav. 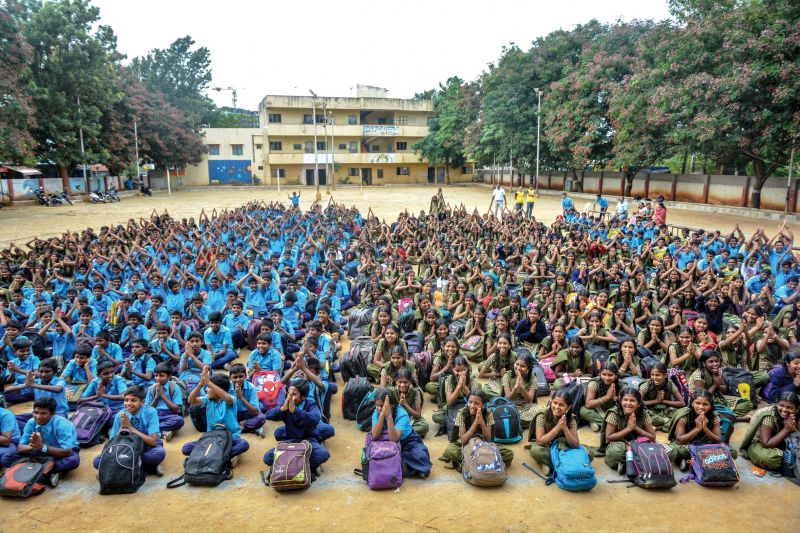 Mr Balasundaram founded the NGO in 2009 along with his wife Ms Binu Verma. The idea, which the couple mooted during their courtship, became a reality soon after they got married. The founders firmly believe that serious problems that the education sector faces can be solved in a celebratory manner. “We are not looking for any miracle vaccine or to dig out any hidden treasure that might not exist, but to utilise all the tools that are available now. We have 84 million children out of school and millions more who sit in classrooms each day but remain illiterate. We are here to do our part to make childhood the biggest celebration for these youngsters,” explained Ms Verma, the co-founder.

This Bengaluru-based NGO has two flagship initiatives – Sampoorna Shaala (urban India) and iShaala (rural India), which focus on infrastructure, teacher development, scholarships and WSH (water, sanitation and hygiene). Having worked with over 7 lakh children till date, Bal Utsav is all geared up to reach the one million mark by 2020-21.

Yet another important initiative #EducationMakesAllTheDifference brings together all their digital platforms and collaterals. “We believe that it is only education that can bring about the difference that we all hope to see in the world around us. Without education, the heart has neither hope nor direction. We urge each one to come together and understand the educational crisis and strongly advocate that only by uniting and supplementing existing efforts can we hope to solve the crisis in about three decades,” Mr Balasundaram said.

He said that leaving children uneducated, unfocused, unskilled and uninspired would be a disaster in waiting. It is better to transform them into a focused, capable, skilled and inspired population and then hope for a miracle, he said.

Adding to its long list of national and international awards, Bal Utsav recently received the ‘NGO Leadership Award’ the National CSR Congress on September 5. The NGO was picked for demonstration of efficient management of financial and human resources, good governance practices, transparency and accountability, and effective communication. While India has over 3.1 million NGOs, Bal Utsav has made a mark and strives to be known as a ‘For Purpose Organisation’.