The project will be executed with an estimated cost of Rs 600 crore. 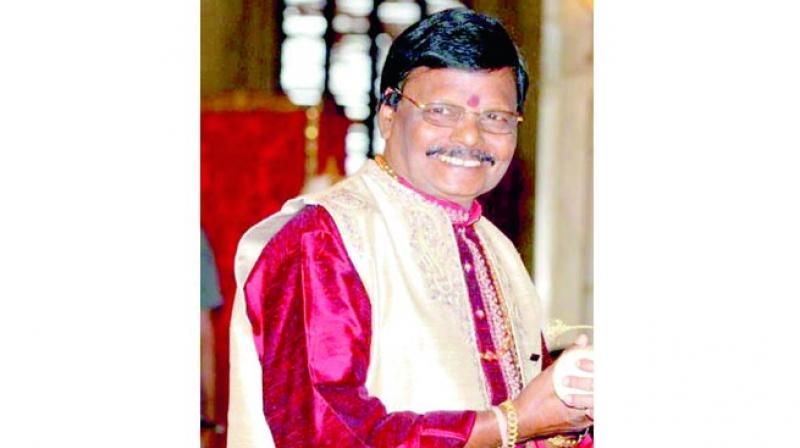 Bhubaneswar: With no positive signals coming from any government agencies to his repeated requests for construction of the second Sun Temple in Odisha, acclaimed sculptor Padma Vibhushan Raghunath Mohapatra has decided to build his dream structure on his own strength.

Mr Mohapatra is almost ready with the diagram of the project. He has, in fact, built a miniature of the proposed structure at his craft village here on the outskirts of the city.

The project will be executed with an estimated cost of Rs 600 crore. To be built in an area of 100 acres alongside the Puri-Bhubaneswar national highway, the temple will be named as Aditya Nararayan Mandir.

Speaking to reporters in Puri, the sculptor, Mr Mohapatra, on Wednesday said he was negotiating with local people for purchase of the required land. To query about the fund required for the project, the sculptor said, “I have support of the people of Odisha and culture lovers of other states. I don’t think fund will be a constraint.”

The project will be completed within a stipulated period of eight years. The main temple housing Sun God will have other structures like Ambika temple, Ganesh temple, Shiv temple and Narayan temple around it.

The main edifice and Mukhasala (entrance) will be 200-feet and 100-feet-high, respectively, and have identical sculptural carvings that decorate the Sun Temple at Konark. The stones for the temple will be sourced from Lalitgiri, Udayagir and Ratnagiri in Jajpur district and some parts of Khurda district, the sculptor said.

At Konark, the visitors now see only a portion of the Sun Temple that was built in the 13th century by Ganga King Narasingha Dev I. The main structure has got destroyed due to some unspecific reasons. Though there are no historical evidences about the cause of the collapse of the main temple, some researchers claim that it might have been razed to the ground by “ invaders” in the 15th century.

Considered one of the Seven Wonders of the country, Konark stands testimony to Utkaliya (Odishan) form of stone art.