A fact-finding team, headed by a district judge rank officer, has been constituted to investigate the entire incident. 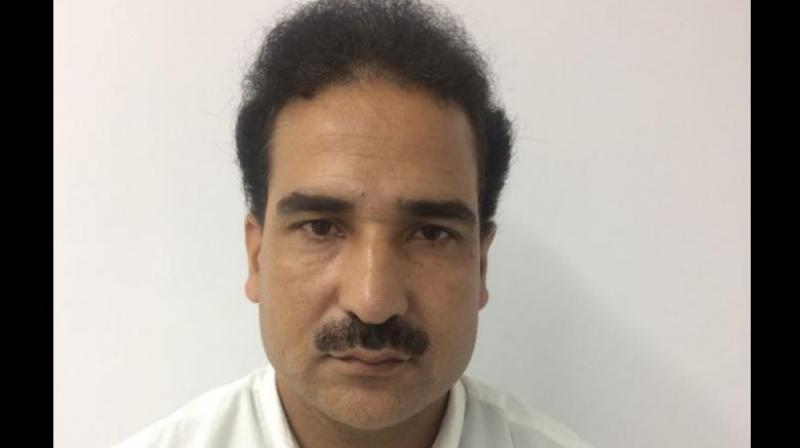 All the 18 prisoners, including Syed Shahid Yusuf, were injured when the personnel of the TN special force intervened after one of their physically handicapped officers was assaulted. (Photo: ANI)

New Delhi: Hizbul Mujahideen chief Syed Salahuddin's son, who is lodged in Tihar jail in connection with terror-funding cases, was among the 18 prisoners injured in a scuffle with security guards, officials said on Thursday.

All the 18 prisoners, including Syed Shahid Yusuf, were injured when the personnel of the Tamil Nadu special force intervened after one of their physically handicapped officers was assaulted by three inmates at Tihar central jail number 1 on the intervening night of November 21-22 during checking.

These facts were conveyed by Tihar jail authorities to the Union Home Ministry in a report submitted on Wednesday, a ministry official said.

The injured prisoners are being examined by a three-member team of doctors from the AIIMS.

A fact-finding team, headed by a district judge rank officer, has been constituted to investigate the entire incident.

The commandant of the Tamil Nadu special force battalion deployed in Tihar jail has also been asked to conduct a separate detailed probe into the incident and take appropriate action against anyone found negligent, the official said.

Giving details of the incident, the official quoting the Tihar jail report said, three prisoners, including a Kashmiri, were found to be having unauthorised materials and when Tamil Nadu special force sub inspector Muthu Pandee tried to remove them, the inmates resisted and assaulted him.

As the officer, who is physically handicapped, was alleged beaten up by the three inmates, other policemen intervened in which the 18 prisoners, including Yusuf were injured.

After the incident, the team of Tamil Nadu special force was removed from the active jail duties.

The jail authorities have deposited the relevant evidence, including CCTV footage, to the probe teams, the official said.

All employees of the Tihar have been sensitised and asked to ensure that inherent dignity of the prisoners, while carrying out searches, are protected, the official said.

Mehbooba spoke to Gauba about social media reports on the alleged assault of Kashmiri prisoners in Tihar jail and urged him to ensure their safety.

"A prison is considered to be the safest place but the alleged incidents that have come to light put a question mark on it," she said in a statement.