The court had ordered that the college records her name in the registry as Akhila and not as Hadiya. 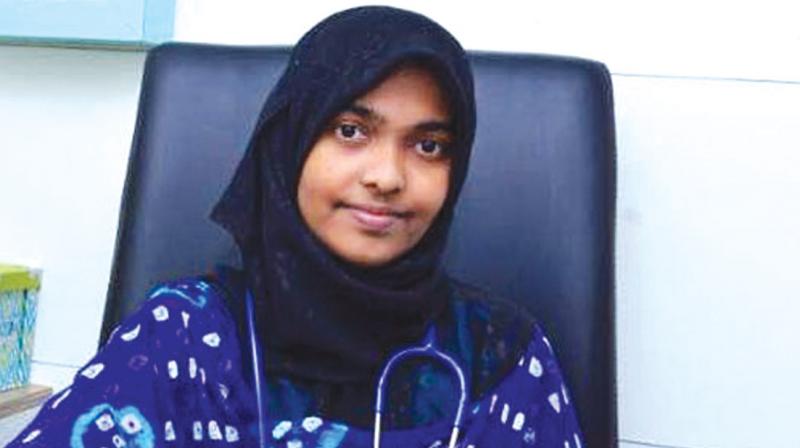 Salem: Akhila Ashokan aka Hadiya on Wednesday accused the Supreme Court of denying her basic right to free movement while ordering her return to complete the homeopathy degree at the Salem college. Also, the SC order was vague as it did not clearly define the duties and limitations of the college and its officials in their role as the court-appointed guardians, she told reporters shortly after arriving at Sivaraj Homeopathy College here.

Alleging that she was not being allowed to meet the people of her choice, she said, “I want to meet my husband. I am asking for my fundamental rights. I asked the court for freedom but I have not got it till now. I don’t know if this (college) is going to be another prison”. She said she spoke to her father but was not allowed to call her husband.

She said, “For six months I was forced to put up with the people I hated. They only tried to convert me. And my own parents said I’m mentally unstable”. The court had ordered that the college records her name in the registry as Akhila and not as Hadiya.

“I have no mobile phone, no TV. There are so many restrictions. The college does not have clarity on the court order, so cannot take decisions on my various security issues. I have waited this long for freedom. People will say I can wait for some more time”, she said.

The angry young woman’s media interaction happened even as the armed police guards prescribed by the court judgment stood listening close by. “We will provide her protection as per the court directive”, said district SP G. Subbulakshmi.

Playing down the Akhila’s anguish, college’s managing director S. Kalpana said her husband could meet her at the college after obtaining the permission of the principal, who has been appointed by the court as her guardian. “We have made all the necessary arrangements to make her feel comfortable here”, she said.

Insisting that the girl was happy, Principal Dr G. Kannan said the college would move the Supreme Court for clarifying on the execution of the order.