BSF: Policy is to push back Rohingyas, not arrest them

This year, the BSF has apprehended as many as 87 Rohingyas till October 31 out of which 76 have already been pushed back into Bangladesh. 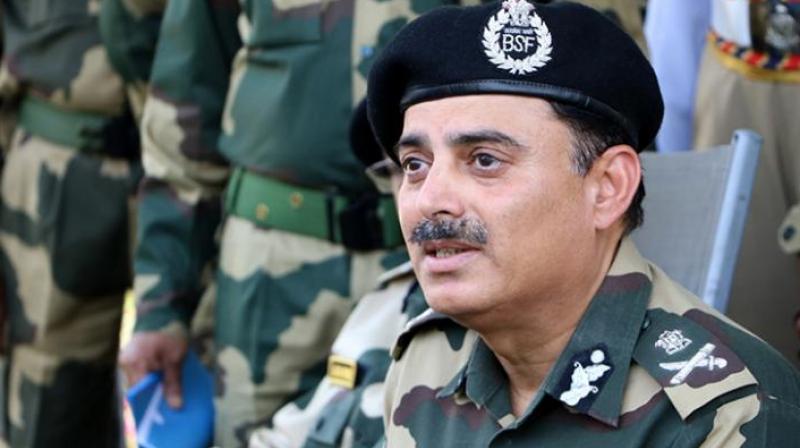 New Delhi: The Border Security Force has said that its policy was to push back the Rohingyas rather than arrest them as it then becomes a “liability.’’

BSF chief K.K. Sharma, while admitting that the issue of illegal Rohingya migrants was a complicated one, said,“It is our policy to push back the Rohigyas infiltrating into the country rather than arresting them. If we arrest them, it becomes a liability since then a process has to be followed in terms of identifying them. So the best to deal with the problem is to push them back.’’

He claimed that there were an estimated 36,000 Rohingyas present in different parts of the country.

This year, the BSF has apprehended as many as 87 Rohingyas till October  31 out of which 76 have already been pushed back into Bangladesh. BSF officials claimed that Bangladesh remained the main source of Rohingya migrants as an estimated 9-10 lakh of them were staying in different camps in the neighbouring country. Most of these Rohingya migrants are said to be in camps in Bangladesh’s Cox’s Bazar area. Mr Sharma also claimed that the BSF was dealing with the “spill over’’ of these Rohingyas into India and patrolling along the sensitive Indo-Bangladesh border has already been intensified in a  bid to push the Rohingyas back into  Bangladesh if they were caught crossing into India.

“The feedback we have received is that most of the Rohingya migrants are not happy with the conditions in camps in Bangladesh. So they try to cross over into India in hope of getting jobs and a better life. There are a number of agents operating along the border areas who assure Rohingyas of a safe passage into India so we are alert and dealing with this problem,’’ a senior BSF official added.

In a bid to further strengthen patrolling, the BSF is also planning to raise five additional battalions which would be deployed along the Indo-Bangladesh borders to check infiltration by illegal Rohingya migrants.