Pervez Musharraf said that he was ‘biggest supporter’ of LeT. 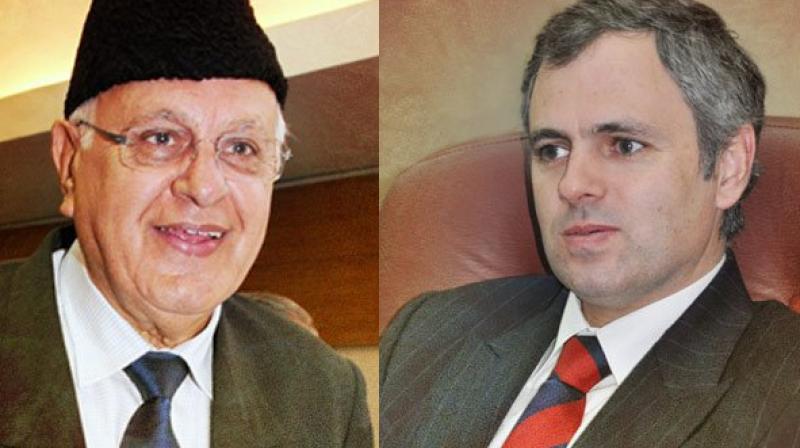 Srinagar: Former Jammu and Kashmir chief minister and working president of Opposition National Conference (NC) Omar Abdullah on Wednesday took a dig at former Pakistan President Pervez Musharraf over his statement that he likes Hafiz Saeed and was “biggest supporter” of Lashkar-e-Tayyaba (LeT), saying he could do anything to find a foothold in his country.

“May be now some of our news channels & anchors will stop falling over themselves to interview this man. Clearly he will say anything to find a foothold in Pakistan,” Mr Abdullah wrote on micro-blogging site Twitter.

Mr Abdullah’s father and NC president Farooq Abdullah also lashed out at Gen. Musharraf, who had earlier told ARY News that he was the “biggest supporter” of the LeT and its co-founder and the chief or amir of Jama’at-ud-Da’wah Hafiz Saeed. “They (LeT) are the biggest force. India got them declared as terrorists after partnering with the US. Yes, they (LeT) are involved in Kashmir but in Kashmir, it is between us and India,” he said.

Senior Abdullah termed it as “a tragic moment”. He said, “I feel sad that a man of his integrity, who has been the chief of the Pakistan Army as well as the President, has praised something like this. It is a tragic moment.”

The NC president who has served Jammu and Kashmir as chief minister thrice also said, “Any terrorist outfit is going to destroy not only their country, but every other country where terrorism is being promoted. I’m sorry if the ex-President of Pakistan thinks the LeT was going to protect Islam.”

He urged Prime Minister Narendra Modi to devise ways to initiate talks with the neighbouring nation to combat the problem “which has been there for the last 70 years”.

He suggested that both the South Asian countries should forget the past and more forward. “Time has come when the Prime Minister speaks that we have to find a solution which will be better. Time has come to start finding ways of talking with Pakistan and finding a solution which will be in the interest of people of Pakistan, India and the people of Jammu and Kashmir and Ladakh,” he said.

He reiterated that “wars have not solved situations, nor have they given us any solutions” and that the people of the sub-continent were paying the price for the rift between the two countries. “In fact, it is we the people living in Jammu and Kashmir who bear the brunt of the hostility,” he said.