BSF sources said that an improvised explosive device went off when the jawans were removing the corpse of one of the militants. 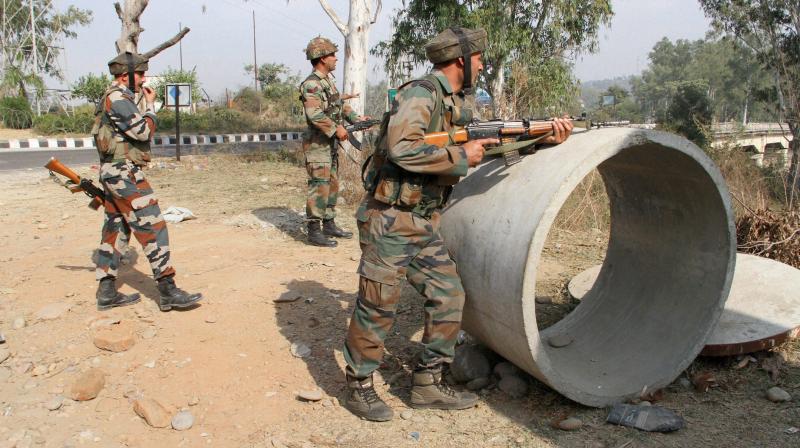 Security personnel take positions during a gun battle with suspected militants at Army camp at Nagrota near Jammu. (Photo: PTI)

A BSF official and five others were hurt in the operation. The site is 70km from Nagrota where a major terror attack took place at an Army base.

“A group of five to six terrorists fired at a BSF posts at Chamliyal in Ramgarh sector to sneak into J&K but alert jawans retaliated by opening fire, killing three of them,” said an official. Officials said that the remaining militants fled back to the Pakistani territory. One jawan Sanjay Kumar was injured in the encounter.

Later during the day, BSF DIG B.S. Kasana, inspector Paramjeet, constable Vikas and a jawan of J&K police, Sarabjeet Singh, were injured in a blast while carrying out a mopping-up operation in the area.

BSF sources said that an improvised explosive device went off when the jawans were removing the corpse of one of the militants. Their condition is stated to be critical.